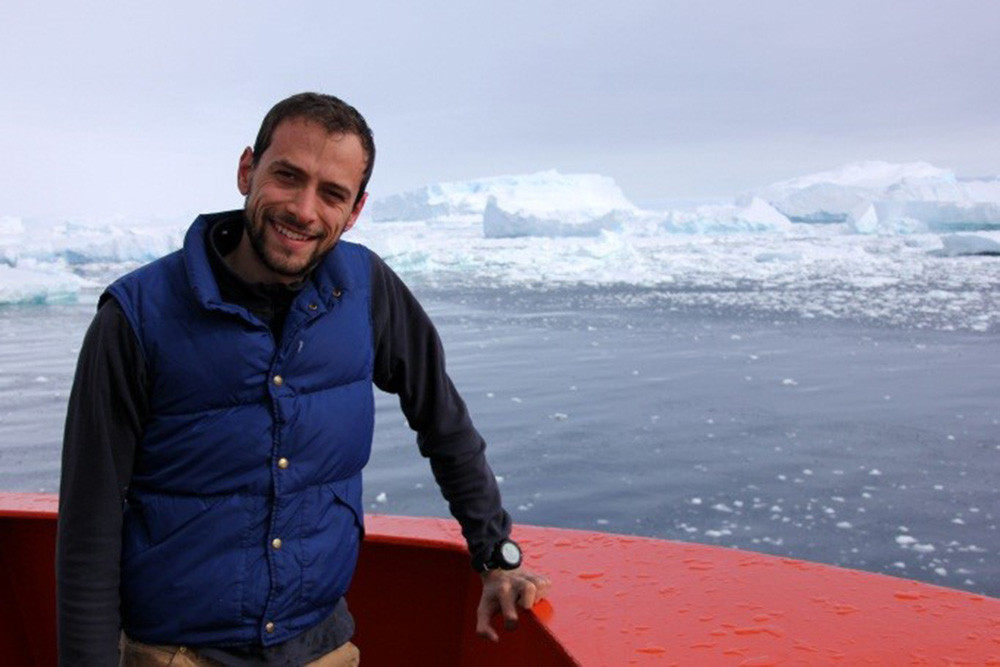 PhD student David Gwyther has returned from a 12-month research scholarship in the United States, where he has been modelling the impact of ocean warming and circulation changes on East Antarctic ice shelves.

The opportunity to join ACE CRC’s partners in the international ICECAP program at the University of Texas came when David received a prestigious Fulbright Postgraduate Scholarship worth $40,000.

David’s research is focused on improving ocean modelling of the Totten Glacier region by incorporating ice thickness and ocean depth observations gathered by the world-leading Institute for Geophysics based in Austin.

Using these data David has built a high-resolution model of the interaction between the ocean and the ice in the cavity beneath Antarctic ice shelves. His simulations – run on supercomputing resources provided by the Tasmanian Partnership for Advanced Computing (TPAC) – indicate a strong link between the rate of ice shelf melting and the presence of polynyas. Polynyas are areas of wind-swept ocean that produce large quantities of sea ice and drive the formation of cold, salty and dense water.

“The models indicate that polynyas have the potential to limit melting by driving cold water under the ice shelf. This raises implications for how future changes to polynya strength and persistence will affect ice shelf melting,” he said.

Ice shelves are important because they restrict the flow of ice from the continent into the ocean, and are thus a key factor in controlling the rate of sea level contribution from the Antarctic Ice Sheet. As one of the fastest-thinning glaciers in East Antarctica, the area around the Totten Glacier is of particular interest to the ACE CRC and to the ICECAP program.

One of the key goals of David’s scholarship has been to exchange knowledge, data and modelling experience within the ICECAP group. The outputs from this collaboration, including an article published in the journal Ocean Sciences, highlights the success of the ACE CRC’s international research partnerships.

“The Texans do a lot of amazing observations using aircraft, but they don’t do any ocean modelling of their own. We specialise in the modelling, but we need the aerial observations to ensure the models are as accurate as possible. That’s one of the reasons the partnership is so valuable to both parties,” he said.

A rare opportunity to see the East Antarctic region up close came in January 2014, when David joined scientists for a six week research trip aboard the American research icebreaker, RV Nathaniel B. Palmer. The trip was an important opportunity for David to get hands-on experience taking oceanographic measurements and gain the valuable real-life insight that computer modellers often lack.

As a former Queenslander who was “somewhere on the Texas spectrum already,” David said the experience had been transformational. “That’s really what Fulbright is all about,” he said. “It has a really strong ethos of cultural exchange in the name of peace and learning.”