An update from our CEO 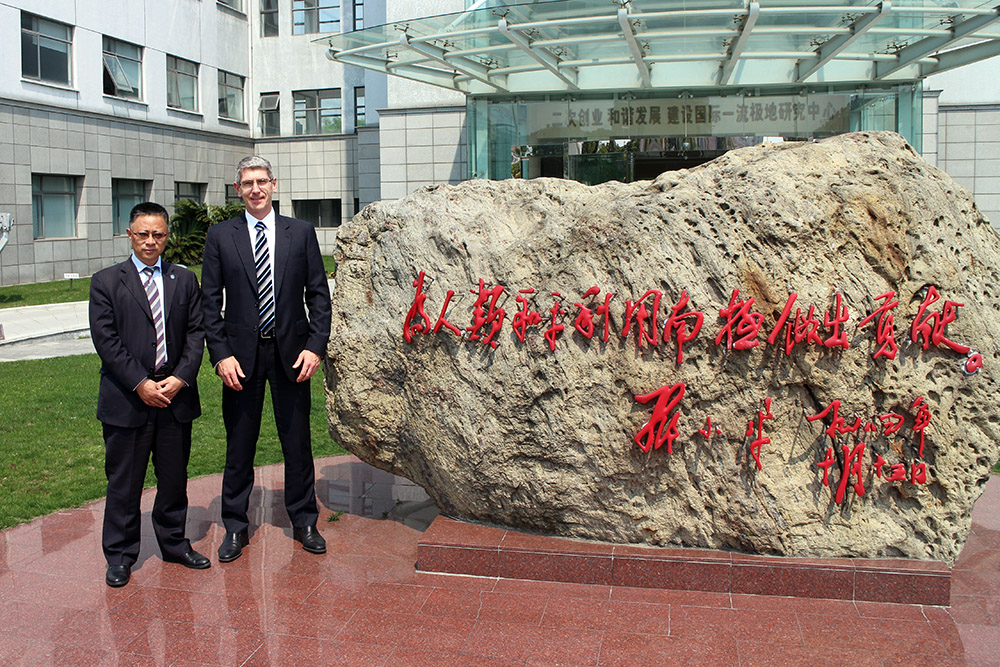 Professor Tony Worby gives a wrap up of some important ACE goings-on, including his recent trip to China and our major launch event in March.

The ACE CRC celebrated its new round of funding for 2014-19 with a launch event in March, at which Senator David Bushby spoke about the great importance of Antarctic and Southern Ocean research and the value of the research sector to the Tasmanian community and economy.

We are very grateful for the Australian Government’s renewed investment in the ACE CRC and their commitment to the important work we do.

At the launch I spoke about the value of partnerships and the important role the ACE CRC has played in establishing Hobart and Tasmania as a global hub of Antarctic and Southern Ocean science.

Our research program at ACE is complex and highly multi-disciplinary – and we draw capability from across our partners to tackle important science questions relevant to our society.

The science questions we face today transcend national, organisational and disciplinary boundaries, so as a scientific community it is important that we can organise ourselves in a way that also transcends those boundaries.

That is the role that the ACE CRC plays.  We are a connector across the innovation system – connecting the key institutions in Hobart with each other and with some of the best research organisations nationally and globally – and with the end users of research in government and industry.

The launch event was attended by approximately 150 representatives from our partners, government agencies and stakeholders in business and industry.

We are very grateful to the Governor of Tasmania, the Honourable Professor Kate Warner, for hosting the celebration at Government House. In late March I travelled to Beijing and Shanghai with Tasmania Premier Will Hodgman’s Trade and Investment Mission to China.

There is great potential for the ACE CRC to collaborate more closely with Chinese institutions – and given the breadth of opportunities our challenge will be to determine where to best put our effort.

There are many universities and other research institutions in China with a keen interest in polar research.  Over the coming months we will explore collaboration agreements with a number of those that have research interests and capabilities that align with our own.

The Chinese Antarctic program has announced they will soon be building a new icebreaker, which will be primarily for research purposes, and will significantly increase their capability to do marine science in the Southern Ocean and Antarctic sea ice zone.

I see great potential for stronger links between our programs in marine research, with greater capacity for sea ice and ecosystem research, oceanographic measurements, and underway observations that would also complement Australia’s Integrated Marine Observing System and our activities through the Southern Ocean Observing System.

I expect a number of MOUs will be developed between the ACE CRC and new Chinese collaborators over the coming months.

In particular, there is an opportunity to partner with the Chinese National Marine and Environmental Forecasting Centre, based in Beijing, in the area of short-term sea ice forecasting in support of operational activities.

This is an area of particular interest for ACE and its partners, particularly the AAD, and the Antarctic Gateway initiative.