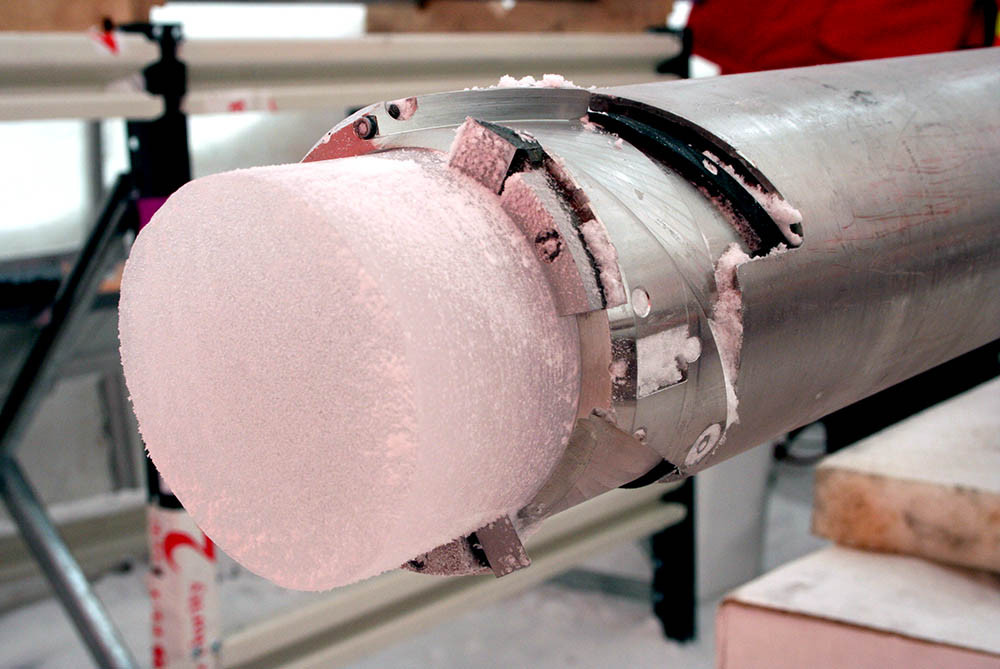 Scientists will today begin cutting a 300 metre long Antarctic ice core collected from a remote site in East Antarctica to gain new insights into the climate of the region.

Chief Investigator on the project, Dr Tessa Vance, from the Antarctic Climate and Ecosystems Cooperative Research Centre (ACE CRC) in Hobart, said the information captured in the ice core extends back more than 1000 years.

“Ice cores contain snow, trapped air and traces of impurities that give us a window into the past weather conditions of the area,” Dr Vance said.

“By tracking these changes over centuries and comparing with other ice cores, we can build a detailed picture of how Antarctic and regional climate fluctuates naturally, and expect to derive indicators for Australian rainfall variability.”

To collect the core a team of seven scientists and support personnel from ACE CRC, the Australian Antarctic Division, University of Copenhagen, Australian National University and University of Alberta, spent 70 days at the deep field camp.

“The site was exactly what we had hoped for, because it had a high snow accumulation rate, but that also made the conditions extremely difficult with almost continual blizzards for the entire expedition,” Dr Vance said.

“The team had to dig their way into their tents at the beginning of the night, and then dig their way out in the morning, because there was such a huge amount of snow blowing into the camp.”

“Existing cores give us some understanding of past changes, but provide an incomplete picture of how the change varies across Antarctica and the Southern Hemisphere,” Dr Curran said.

“The Mount Brown South core will provide data from a completely new region. It will also allow us to explore changing patterns of climate and what the implications are for weather and climate in Australia into the future.”

Some of the core samples will be sent overseas for further study of dust, trace impurities and gases, and it’s expected full analysis of the cores will take several years.

The Mount Brown South ice core project is a collaboration between Australia, Denmark, Canada and France.