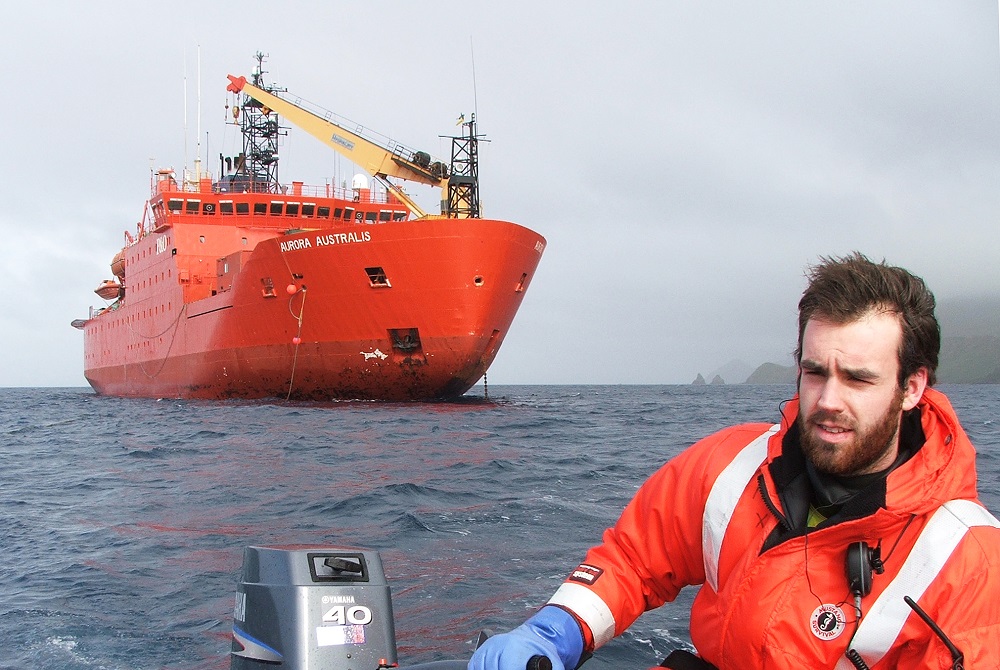 Dr Trebilco, a post-doctoral researcher at the Antarctic Climate and Ecosystems Cooperative Research Centre (ACE CRC), will use the Hawke Fellowship to study the role of mesopelagic fish and squid to improve their representation in mathematical models of Southern Ocean ecosystems. To achieve this, he will use new approaches that focus on how body size provides an indicator of the position that fish and squid occupy in the food web hierarchy.

“Mesopelagic fish and squid are mid-water species found in the top 200 -1000 metres of the ocean,” Dr Trebilco said.

“Many undertake vertical migrations every 24 hours, moving into shallow water to feed at night then moving deeper again to avoid visual predators during the day.”

“They are important prey for penguins, seals and other large marine predators and play a key role in transferring energy from zooplankton to these higher predators.”

“Dr Trebilco has chosen an important area of research, as vertically migrating fish are the largest component of the marine ecosystem yet remain poorly understood,” Dr Fenton said.

“The project will enable the role of mid-water fish to be better represented in ecosystem models which are an important tool for the establishment of management strategies for fisheries and conservation.”

Dr Trebilco will focus on fish and squid in the Kerguelen Plateau region of the Southern Ocean – an area of high productivity and commercially important toothfish and icefish fisheries. He will consolidate existing data and also collect new data during a marine science voyage in early 2016.

The data will contribute to larger ecosystem modelling efforts being developed by the Australian Antarctic Division and ACE CRC and also be submitted to Convention on the Conservation of Antarctic Marine Living Resources (CCAMLR) working groups.

The CEO of the ACE CRC, Professor Tony Worby, said the impacts of climate change on Southern Ocean ecosystems are still largely unknown.

“We know that the Southern Ocean has become warmer, fresher and more acidic and we expect that these changes will have far reaching impacts on marine food webs,” Professor Worby said.

“Our goal is to better understand how the oceans are responding to these changes now, and into the future.”

The Fellowship will run until December 2017.

This article was originally published at www.antarctica.gov.au.