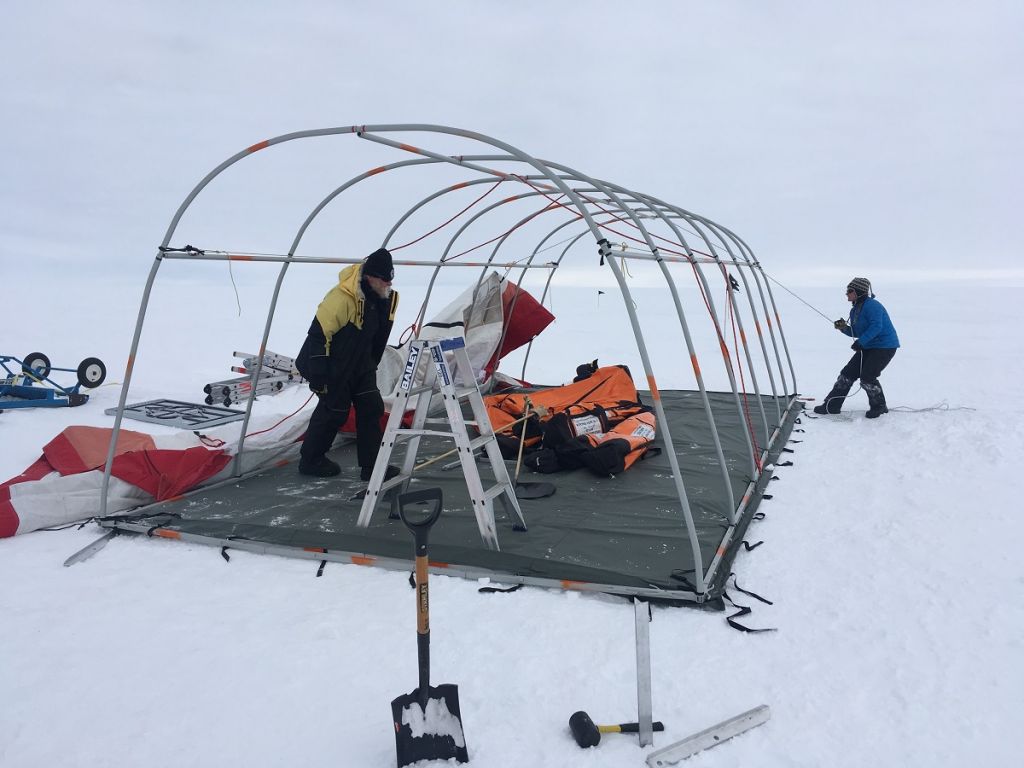 Scientists from the ACE CRC and its partner agencies are currently on a deep field mission to recover a 2000 year old Antarctic ice core which they hope will shed light on the long-term influences that impact Australian weather and climate.

Five researchers and two deep field support specialists will spend 50 days drilling a core to a depth of around 350 metres this summer.

The Australian Antarctic Program project is led by Dr Tessa Vance from the Antarctic Climate and Ecosystems Cooperative Research Centre.

Dr Vance said there is little information on how weather patterns formed in the Indian Ocean have changed over time periods longer than a few decades, and how this then impacts Australia.

“The region is known as a ‘cyclone nursery’ as it’s where many storms are ‘born’ before they head from west to east across the Southern Ocean and impact both Australia and East Antarctica.”

“A new ice core record from Mount Brown South will provide us with a snapshot of the climate history of the Indian Ocean and hopefully an insight into climate variability in Australia over the last one to two millennia.”

The chemical constituents in Antarctic ice cores including traces of hydrogen and oxygen, sulphur from volcanoes, and sea salts, along with the amount of snowfall per year, provide information on past climate and climate processes.

In 2015, scientists developed a 1000 year record of drought in eastern Australia from the existing Law Dome ice core.

“The Law Dome record showed us that prolonged droughts in eastern Australia are part of the natural climate cycle,” Dr Vance said.

The scientists have used satellite and continental surveys gathered over many years to find the best drill location in East Antarctica.

The ice cores will be brought back to Australia in March on the icebreaker Aurora Australis.