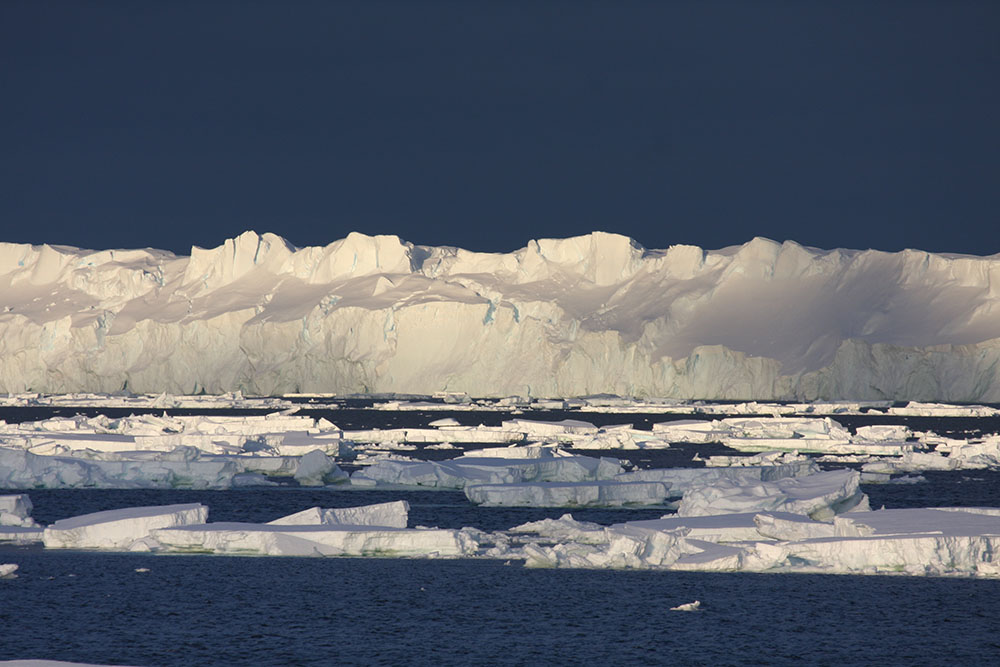 The research, published in Science Advances, sheds new light on the vulnerability of the East Antarctic ice sheet to ocean heat, which is one of the biggest unknown factors for global sea level rise projections.

In 2014-15, researchers aboard the Australian research vessel Aurora Australis gathered the first oceanographic data from the calving front of the Totten Glacier, when a long crack opened up in sea ice that is normally impenetrable to ships.

Lead author, Dr Steve Rintoul, the Interim Director of CSIRO’s Climate Science Centre and ACE CRC Project Leader, said that no oceanographic measurements from the Totten Ice Shelf had been available to test the hypothesis that warm ocean waters were driving melting of the ice shelf from below. “We knew from satellite data that the Totten has been thinning faster than other glaciers in East Antarctica, but we didn’t know why,” said Dr Rintoul.

“A lucky break in the sea ice allowed us to get the ship in there and take the first measurements of the water column and sea floor in this area.

“We discovered a large channel in front of the western side of the Totten Glacier which is around 10 kilometres wide and up to a kilometre deep.

“We found that warm ocean water is reaching the ice shelf through this channel, with temperatures high enough to drive rapid melt of the underside of the ice shelf.

“This is important because the ice shelf acts as a sort of plug that restricts the flow of ice from Antarctica to the ocean.”

“If warm ocean waters drive more rapid melt of the Totten and other ice shelves around the edge of Antarctica, more glacial ice can flow into the ocean, raising sea level,” said Dr Rintoul.

“The Totten is the largest glacier in East Antarctica, and it contains enough ice to raise global sea levels by about 3.5 metres if it all melted, so it is important to know how it will behave in the future.”

The publication of the research comes as scientists attempt a second expedition to the Totten Glacier front, where they hope to profile areas of ocean that were inaccessible during their 2014-15 expedition, due to sea ice. A team of around 30 scientists, technicians and PhD students from CSIRO, the Antarctic Climate & Ecosystems CRC (ACE CRC), the University of Tasmania, and the Australian Antarctic Division left Hobart on December 8, aiming to arrive at the glacier in late December.

“Now that we know warm water is reaching the underside of the glacier, we want to use this voyage to learn more about the pathways that bring this warm water up from the deep ocean,” said Dr Rintoul.

“Understanding the physical processes delivering heat to the ice shelf will help us assess the vulnerability of the East Antarctic Ice Sheet to future changes in the Southern Ocean.”

Click here to read the full paper in Science Advances