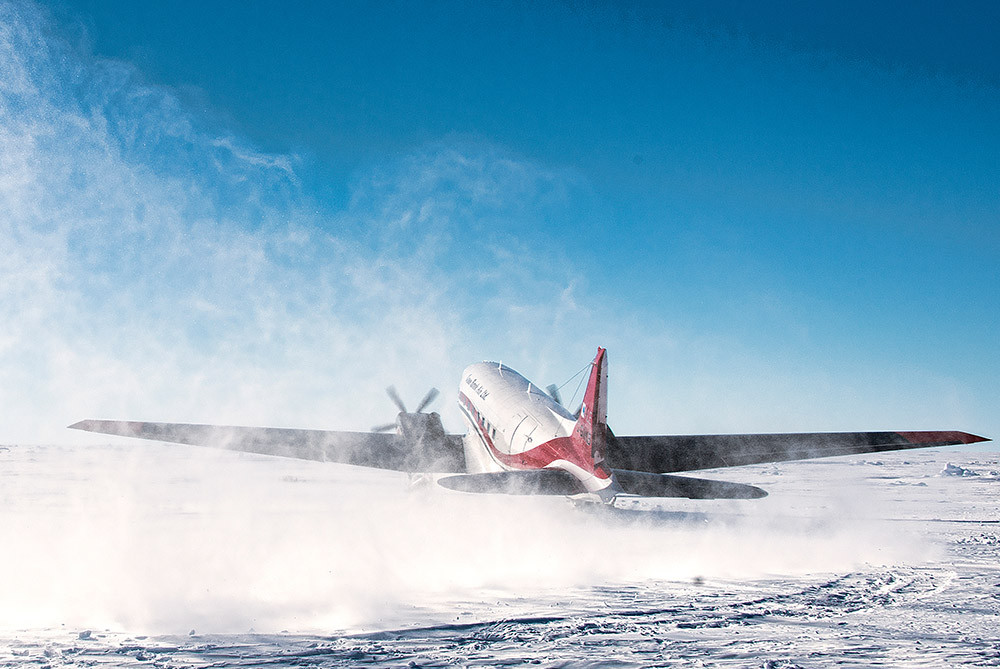 Only a decade ago, what lay under the the East Antarctic ice sheet was largely a mystery. Litte was known about the underlying topography of the bedrock, or about how the ice sheets shifted over time. Today that has all changed, thanks to a major collaboration involving American, British, Australian and French researchers.

The East Antarctic Ice Sheet is a vast and ancient layer of accumulated snow, covering almost all of Austalia’s Antarctic territory.

At close to five kilometres thick in places, it is the largest ice sheet on the planet by an order of magnitude.  If it was to melt, global sea levels would rise by over 50 metres.

The ACE CRC’s participation in the international ICECAP project has enabled a major detailed airborne geophysical survey covering large areas of East Antarctica for the first time, filling in a vast blank on the map of Australia’s Antarctic territory. The project has transformed our understanding of the history and possible future of the East Antarctic ice sheet.

To gather the enormous quantities of data required for the project, a reconditioned WWII-era DC-3 airframe was fitted with modern-day radar imaging equipment, magnetometers, gravimeters, lasers and and GPS equipment. In five seasons of flying out of Casey Station, the aircraft and researchers have covered more than a quarter of a million kilometres of survey, producing terabytes of data.

An ice penetrating radar system produces the key data stream, imaging the bedrock below and building a picture of the internal layers in the ice sheet at a resolution of only a couple of metres. Each ICECAP flight is able to cover in a few hours what once took an entire field season or longer.

The result is a highly detailed map of East Antarctica’s topography – and it has already offered up some unexpected results.

One of the biggest surprises was the discovery of plunging glacial valleys buried beneath the ice hundreds kilometres from the edge of the ice sheet. Glacial valleys are not known to form inland but rather at the edges of the ice sheet where it flows more quickly.  The findings, published in a landmark paper in the journal Nature, suggest that the formations are relics of the growth of the Antarctic ice sheet over the 20 million year period beginning some 34 million years ago.

Another finding which has overturned thinking has been the discovery of vast regions where the ice rests on bedrock that is far below sea level. The East Antarctic ice sheet was previously thought to rest largely on elevated mountainous terrain. This discovery leads to the possibility that this ice could be more vulnerable to future loss as warming oceans force the ice to retreat. Understanding and predicting the changes where ice and ocean meet are an important part of the next phase in our work.

Mapping the bedrock beneath the ice has dramatically improved the latest datasets and provided essential data, now used world-wide for realistic computer modelling of the evolution of the Antarctic ice sheet and future sea levels. Researchers at the ACE CRC have been incorporating data from ICECAP into new computer models simulating the interaction between the ice shelves and the warming ocean.

The final result will be a more reliable forecasting system for looking decades, and possibly hundreds of years, into the future at the likely impacts of a warming climate the on the East Antarctic ice sheet.