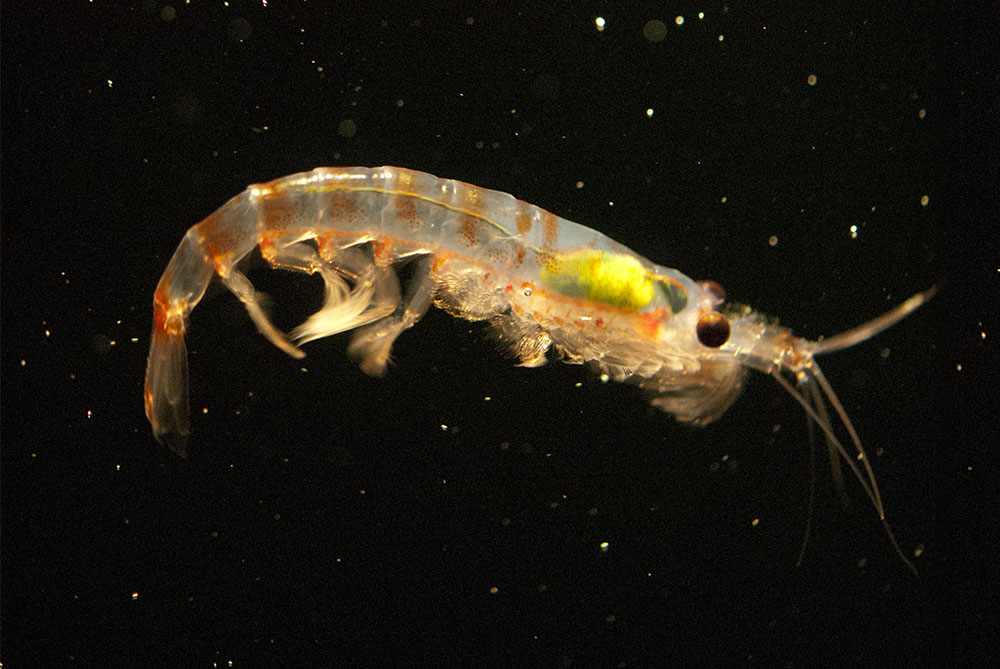 More than 100 humpback whales feeding on a rare super-swarm of krill was a highlight of the Australian Antarctic programme’s major marine science voyage on the Aurora Australis.

The Kerguelen Axis voyage showed krill further north than expected, that a fish-based food chain in the region is more important than had been thought, and Antarctic Bottom water that is fresher, warmer and less dense than previous observations.

The voyage departed Hobart on January 11 and is an important collaboration between the Australian Antarctic Division, the University of Tasmania’s Institute for Marine and Antarctic Studies (IMAS), the Australian Research Council funded Antarctic Gateway Partnership and the Antarctic Climate & Ecosystems Cooperative Research Centre (ACE CRC).

Chief Investigator, Dr Andrew Constable, said the preliminary results indicate an ecosystem that is much more productive than previously estimated.

”We observed whales including humpbacks and fin whales in many locations where Antarctic krill were in abundance, and also saw Adelie, emperor and king penguins, crabeater and Antarctic fur seals and several species of flying birds, including albatross, petrels and terns,” Dr Constable said.

“On Valentine’s Day (14 February) we encountered a rare super-swarm of Antarctic krill with more than 100 humpback whales feeding in the area.

“This is the first time a super-swarm has been properly observed and measured in the Indian Ocean since initial observations in the early 1970s by a fishing vessel. We were able to use the latest technology to map the swarm to learn about the behaviour and abundance of krill in the region.”

Dr Constable said that productive swarms of krill were found much further north than scientists expected and were not restricted to areas to the south of the Antarctic Circumpolar Current.

“We also found krill in high densities in seemingly unproductive waters and for the first time, we have comprehensive ecosystem data to formulate new and improved theories on their distribution and movement in this region.”

Dr Constable said the voyage also confirmed that the fish-based food chain is much more important, diverse and widespread through areas where Antarctic krill are also found.

“Our ability to measure all aspects of the food web at each research station meant that we could see how fish and krill are inextricably linked rather than being separate from one another, which is what many current theories say.”

Oceanographic observations in two separate locations showed bottom water that is fresher, warmer and less dense than when last sampled in 2006.

“The changes in the bottom water are further evidence that rapid change is underway in the Southern Ocean – even in its deepest layers,” Dr Constable said.

The marine science voyage on board the Aurora Australis was part of an international study that includes the US vessel Roger Revelle, French ship Marion Dufresne and the Japanese vessels Umitaka Maru and Hakuho Maru – with each ship taking samples and measurements in multiple locations around the Kerguelen Axis.

Dr Constable said that the comprehensive sampling in the region, combined with the sampling from the French, Japanese and USA vessels will enable the development of an observing program that will help measure status and trends in the East Antarctic ecosystem.

Australian Antarctic Division Chief Scientist, Dr Gwen Fenton said the science and analyses will be valuable resources into the future, particularly for the Conservation of Antarctic Marine Living Resources (CCAMLR).

“The outcomes of the voyage provide an extraordinarily valuable resource in observations and samples that help improve our understanding of how the ecosystem works in East Antarctica,” Dr Fenton said.

Results will also be presented at an international conference on status and trends of Southern Ocean ecosystems to be held in Hobart in 2018.