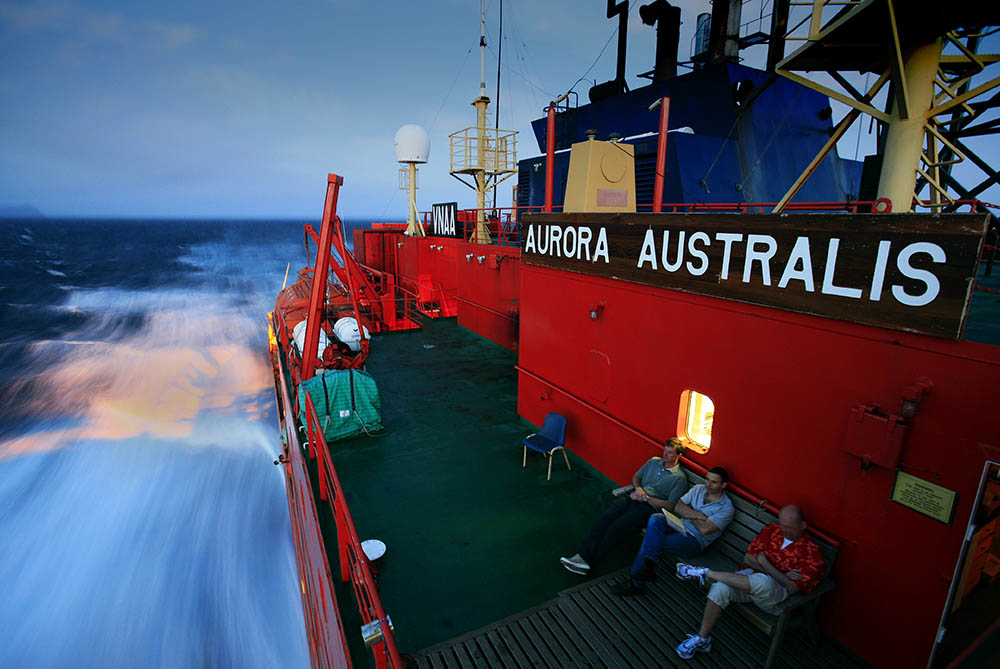 A team of Australia’s leading Antarctic marine scientists will depart Hobart today for the Southern Ocean to investigate the impact of climate change on the Kerguelen Axis, a biological hotspot where swarms of krill sustain iconic Antarctic wildlife, including fish, seals, penguins and whales.

Chief Investigator Dr Andrew Constable, who works with the Australian Antarctic Division, ACE CRC and the Antarctic Gateway Partnership, said the voyage would study the factors controlling the distribution of Antarctic krill located between Heard Island and Antarctica in the Southern Indian Ocean and more than 4000km from Western Australia; an area known as the Kerguelen Axis.

“The Kerguelen Axis is a biological hotspot where abundant swarms of krill sustain an enormous diversity of species including fish, seals, penguins and whales,” Dr Constable said.

“The most basic question we hope to answer is where the northernmost boundary for krill currently lies, and from that we hope to determine which factors control the location of the boundary.

“It’s important to understand what will happen to the distribution of krill during this century, as the ocean continues to warm and become more acidic.

“Krill are a cold-loving species, and our current view is that their northern boundary will gradually move southward toward Antarctica as the ocean warms. However, we lack the data to make any firm conclusions.

“Our hope is that over the long-term this research will enable the development of more effective measures for conservation and fisheries management in the Southern Ocean, which is a critical region for Australia.”

The Australian Antarctic Division Chief Scientist, Dr Gwen Fenton, said the data collected will provide the most detailed biological, physical and chemical snapshot of the area ever recorded.

“If you draw a line from the South Pole, through the Amery Ice Shelf on the East Antarctic coast, and out into the Southern Ocean, between Heard Island and Kerguelen Island, you have an axis that intersects three key habitat areas,” Dr Fenton said.

“The Kerguelen Axis habitats and biology make it an excellent place to identify physical, chemical and biological drivers of the various food web structures in the Southern Ocean and to measure ecosystem change.“

The Aurora Australis will be joined by five vessels as part of a multi-ship collaboration, each of which will take samples and measurements in multiple locations around the Kerguelen Axis over the next eight weeks.

“The Aurora Australis will work with the French ship Marion Dufresne, the Japanese vessels Umitaka Maru and Hakuho Maru, and the Australian Marine National Facility research vessel Investigator to collect a range of data, while the US vessel Roger Revelle will provide oceanographic input,” Dr Fenton said.

The Aurora Australis departs Hobart with 44 scientists and support staff on board, including marine scientists from China and the UK.

Scientists will also take measurements to determine the chemical and physical factors controlling the growth of marine phytoplankton and zooplankton, the tiny marine organisms that sustain the growth of all ocean life.

ACE CRC researcher and voyage blogger, Dr Christina Schallenberg, will lead a project to determine the levels of iron found in different parts of the Kerguelen Axis, a critical micro-nutrient known to be in short supply in the Southern Ocean.

“We know from satellite ocean colour images that the Kerguelen Plateau sector has a considerably higher level of marine phytoplankton than the Southern Ocean on average,” said Dr Schallenberg.

“By measuring the distribution of iron in seawater, alongside other work to determine water temperature and stratification, we hope to gain a better understanding of the factors controlling the growth of phytoplankton.”

For the latest information on the voyage, including a blog, visit: http://k-axis.voyage Videos, photos news and blogs from our scientists in the field can be found at the voyage website: k-axis.voyage