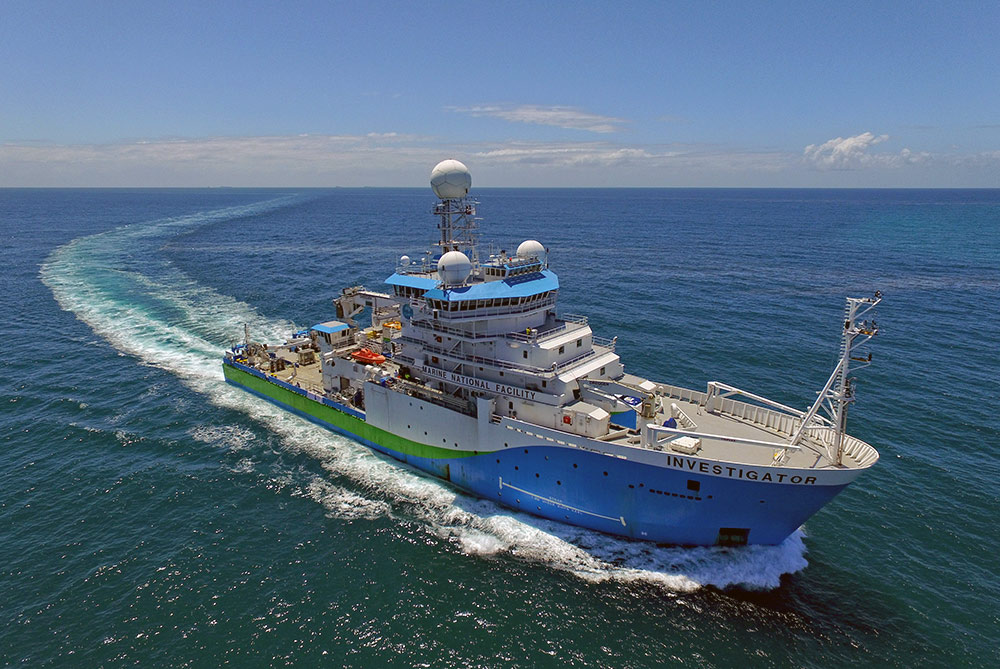 A joint research voyage involving scientists from ACE CRC, IMAS and IMOS will this weekend sail for the Southern Ocean on board the Marine National Facility research vessel Investigator.

The voyage will focus on the ocean around 600 kilometres to the south west of Tasmania as part of two separate but closely related climate change research projects.

The first research component is led by the voyage’s Chief Scientist, Professor Tom Trull, who heads the IMOS Southern Ocean Time Series (SOTS) facility, which has been deploying automated moorings in the Southern Ocean to study climate and carbon cycling since 1997.

The voyage’s second project is led by ARC Laureate Fellow IMAS Professor Philip Boyd, whose research focuses on the feasibility of seeding the Southern Ocean with iron to stimulate production of carbon-absorbing phytoplankton.

“This voyage into the Southern Ocean will produce science of global significance and is made possible by the strong partnership between Australia’s national Integrated Marine Observing System and Marine National Facility,” Professor Trull said.

“The moorings provide vital new insights into how the ocean and atmosphere exchange heat and carbon, and how these processes impact ocean biology.

“The relationship between the oceans and the atmosphere is extremely complex, but with repeated observations over a sustained period of time scientists can start to build up a much clearer picture,” Professor Trull said.

Professor Boyd said the possibility of ‘seeding’ the ocean with iron to boost phytoplankton growth, thereby increasing the amount of carbon sequestered to the seafloor as phytoplankton die, had long been discussed but significant questions remain unanswered.

“The primary goal of the ARC Laureate Fellowship project is to investigate whether we can mitigate climate change by geoengineering the ocean to take up more carbon,” Professor Boyd said.

“Seeding the ocean with iron is currently not possible due to a de facto UN moratorium and International Maritime Organization legislation.

“But the potential of the approach to reduce atmospheric carbon and global warming makes it vital that scientific research continues so we can better understand whether it would work and what issues need to be addressed if it were to be implemented.

“On this voyage we aim is to enhance our understanding of the interlinked biogeochemical cycles of iron and carbon in the Southern Ocean.

“We’ll be collecting a range of chemical and biological samples in the region of the SOTS mooring, which has provided invaluable data about the impact of the ocean on the global climate for more than two decades,” Professor Boyd said.

The IMOS Southern Ocean Time Series (SOTS) facility works in collaboration with ACE CRC to quantify the role of the sub-Antarctic Ocean in moving CO2 and the heat it traps out of the atmosphere.

The voyage, which also involves international collaborators from the United States and 10 institutions, will last 18 days.