MARINE ECOSYSTEM FOR THE SOUTHERN OCEAN 2018 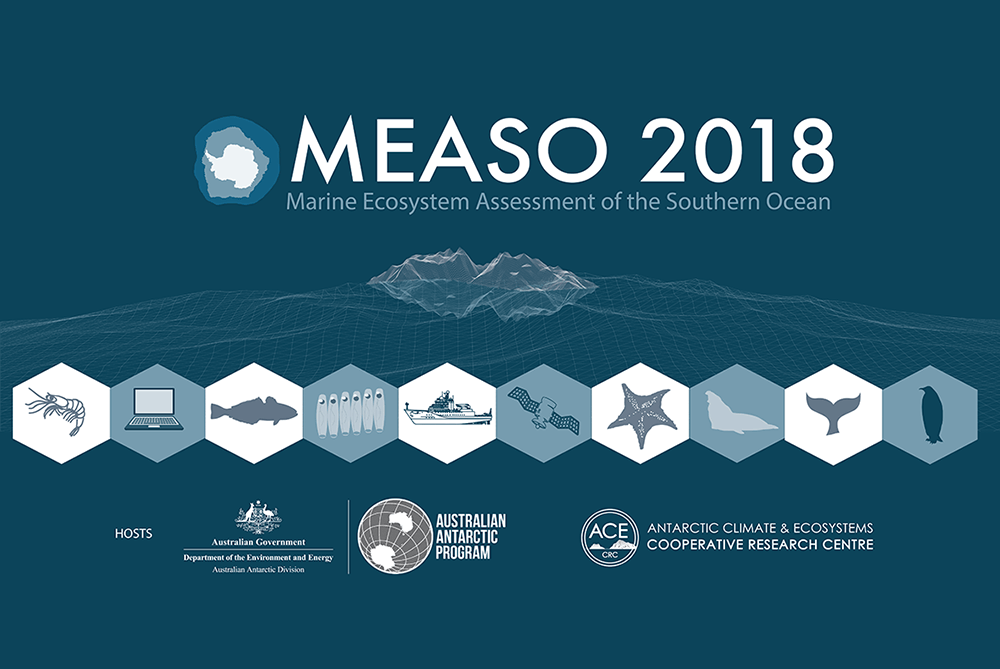 Close to 200 scientists and policy makers from 23 countries came together with representatives from fishing industry and environmental groups in early April, for a major conference focused on Southern Ocean ecosystems.

The first Marine Ecosystem Assessment for the Southern Ocean was co-hosted by the Australian Antarctic Division and the ACE CRC.

Conference Convenor, Dr Andrew Constable, said the meeting brought together a broad range of perspectives on both the science and the management of Southern Ocean ecosystems.

“This was the first time that scientists studying all corners of the Southern Ocean have come together to try to develop a comprehensive picture of the status of its diverse marine life,” Dr Constable said.

“It’s also the first time that policy makers, fishing industry and environmental NGOs have been such a core part of these scientific discussions.”

“Research shows the Southern Ocean is becoming warmer and more acidic under climate change, which could have potentially major and sudden impacts on keystone species such as krill.”

“Developing an assessment of the status of Southern Ocean ecosystems is an ambitious task, but is essential for sound management of marine resources into the future.” One highlight of the conference was a day-long policy forum discussing how to better link scientists, policy makers, industry and environmental NGOs and the public at large.

The mid-week Policy Forum was generally regarded a success, with participants noting the need for more such forums.

The conference concluded with agreement by delegates on a plan for delivery of the first Marine Ecosystem Assessment for the Southern Ocean report over the course of 2018.

It is expected that the report will feed into a number of governance processes, including the 6th Assessment Review (AR6) of the Intergovernmental Panel on Climate Change (IPCC), the Commission for Conservation of Antarctic Marine Living Resources (CCAMLR) and the Antarctic Treaty’s Committee on Environmental Protection.

The President of the Scientific Committee on Antarctic Research (SCAR), Professor Steven Chown, said the conference was an important step forward.

“SCAR has long facilitated research in the Southern Ocean to advise policymakers on the status and trends of its species and ecosystems,” Dr Chown said.

“Now, as we see evidence of changes and forecasts for an increase in impacts, this role has taken on renewed urgency.”

“The Southern Ocean and Antarctica comprise about a third of the world’s surface. They are essential for human and planetary health.”

“SCAR’s research facilitation and policy advice are helping to secure the long-term ecosystem services provided by these regions.”

“This was an important meeting, and our members were pleased to support this conference both directly and through our support for the Southern Ocean Observing System.”

A number of conference attendees expressed appreciation of the attention given to promoting equity and diversity, as well the involvement of early career researchers in all aspects of the organisation, participation and delivery of the conference.

The program and abstracts are available on the conference web site.

(i) assessments of parts of the ecosystem;

(iii) methods for modelling habitats, species and food webs; and