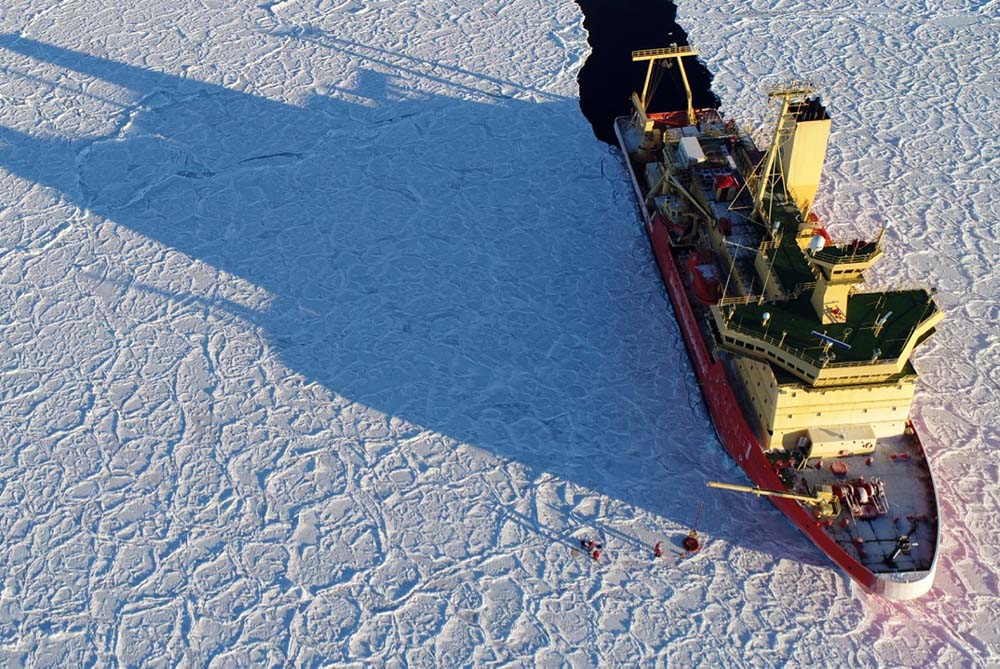 An autumn voyage to the heart of an Antarctic polynya has rewarded expeditioners on a US icebreaker, including IMAS researcher Dr Guy Williams, with a glimpse of a rarely seen type of sea ice.

The sighting of “Dragon-skin” ice (see photos below) was an early highlight of an ongoing voyage to the Ross Sea by the Nathan B Palmer that began in early April, well after most Antarctic expeditioners have departed for warmer climes. Read more on the Institute for Marine and Antarctic Studies website.

Read about the PIPERS expedition, a 65 day field campaign to polynyas in the Ross Sea and Terra Nova Bay – a collaboration between the University of Tasmania, Woods Hole Oceanographic Institution and Northeastern University.