Voyage to study impact of submarine volcanoes on ocean ecosystems 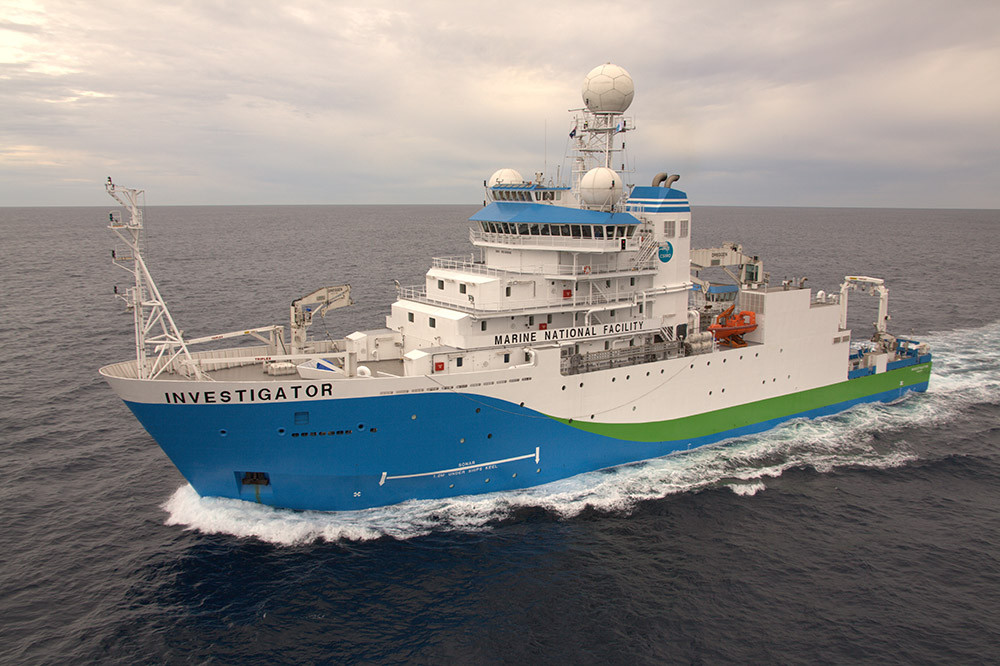 An Institute for Marine and Antarctic Studies (IMAS)-led voyage on the Marine National Facility research vessel Investigator will sail from Hobart tomorrow  (Tuesday, 16 October) with scientists aiming to solve a Southern Ocean puzzle with important ramifications for the global climate.

The researchers will survey a ‘standing meander’ south of Tasmania that they hope will help them to understand why the east-flowing Antarctic Circumpolar Current (ACC) has remained constant despite westerly winds strengthening by 20% over the last two decades.

“A standing meander is where the current changes direction abruptly in response to the topography of the seafloor, just as a river snakes its way among hills or mountains,” Dr Philips said.

“Standing meanders occur only at a handful of sites around the world, where the current encounters rough seafloor topography. One of those sites is almost due south of Tasmania.

“Models indicate that the speed of the Antarctic Circumpolar Current is reduced sharply by standing meanders, rather than continuously along its full course.

“By collecting data and surveying the standing meander south of Tasmania we’ll be able to create a unique three-dimensional picture of one of these intriguing features, improving our understanding of them and informing future models of the ACC and its influence on the global climate,” Dr Phillips said.

Voyage Chief Scientist Professor Nathan Bindoff said the ACC plays a central role in driving the global climate and will be a key factor in how the climate changes due to rising levels of atmospheric CO2.

“The current consists of eastward-flowing jets, standing meanders and eddies that enable a global-scale overturning circulation that has allowed enhanced uptake of heat by the ocean,” Professor Bindoff said.

“Amazingly, the oceans absorb 93% of excess heat in the earth system, of which 65% is taken up in the Southern Ocean, and around 26% of anthropogenic CO2 emissions.

“If we are to understand better and predict how the climate will respond to anthropogenic carbon emissions we need to better understand key drivers of the ACC and the Southern Ocean, including standing meanders.

“Standing meanders are hotspots for heat uptake, and there are three major ones in the Southern Ocean.

“We are studying the simplest one, so it is an ideal laboratory,” Professor Bindoff said.

The month-long voyage ends on 16 November and includes scientists from IMAS, CSIRO, ACE CRC, and universities across Australia, the US and New Zealand.

Originally published on the University of Tasmania’s Institute for Marine and Antarctic Studies website.