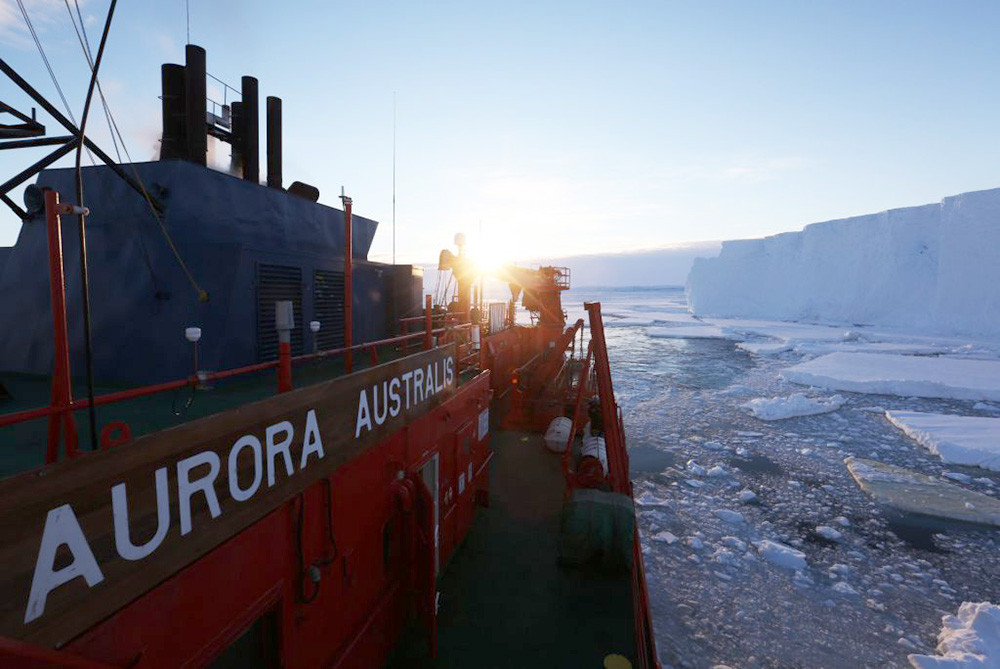 Australian scientists are stepping up efforts to understand how the Southern Ocean is changing and how these changes are likely to affect the East Antarctic ice sheet.

A team of around 30 scientists, technicians and PhD students from CSIRO, the Antarctic Climate & Ecosystems CRC (ACE CRC), the University of Tasmania, and the Australian Antarctic Division will leave from Hobart on Australia’s icebreaker Aurora Australis this morning.

Chief Investigator and CSIRO Oceans and Atmosphere scientist, Dr Steve Rintoul, said the team hopes to reach areas surrounding the Totten Glacier that were inaccessible on a previous voyage in 2014-15 due to sea ice.

“This voyage aims to advance our understanding of how the warming of the ocean will affect the East Antarctic ice sheet, which remains one of the biggest unknowns in global sea level rise projections,” Dr Rintoul said.

“We found out last year that warm water is reaching the Totten Glacier, melting it from below, so we want to use this voyage to learn more about the pathways that bring this warm water up from the deep ocean.”

“Understanding the physical processes driving heat delivery to the glacier will give us insights into how the system might behave in the future, and which other parts of East Antarctica could become vulnerable.”

Further work during the voyage will look at ocean processes in the Mertz Glacier region, where a 78-kilometre-long tongue of glacial ice broke off in 2010.

“In addition to supplying oxygen to the deep ocean, the formation of Antarctic bottom water drives a network of global ocean currents that takes up heat and carbon dioxide,” he said.

“When the Mertz Glacier Tongue calved, it changed how the whole system works and we want to use that natural experiment to understand how Antarctic bottom water forms and how it changes.”

“Since we first started taking measurements of these processes the early 1990s we have seen large changes in the volume and density of bottom water that could impact global ocean circulation.”

The scientists will also look for signs of change in the deep ocean, to track how changes in bottom water formation around the Antarctic coast are affecting deep ocean circulation.

A second project, led by Dr Delphine Lannuzel from the ACE CRC, will look at the impact of changes in sea ice extent on primary productivity in the Southern Ocean, particularly the linkages between the iron and carbon cycles in fast ice, the marginal ice zone and around Totten glacier.

The expeditioners are scheduled to return to Hobart in late January.