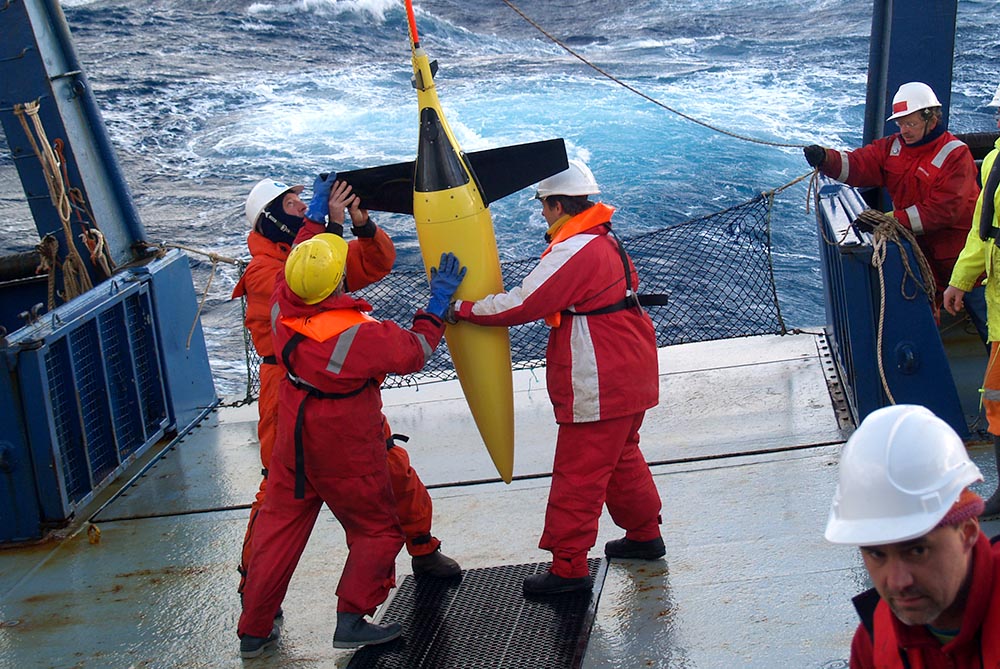 For the 32-year period from 1979 to 2010, trends of surface and subsurface temperature and meridional motion of the current system in the Antarctic Circumpolar Current (ACC) region are studied with in situ observations and an eddy-resolving general circulation model. The observed and simulated surface temperature shows a similar pattern between the Atlantic and Pacific: warming to the north of the Subantarctic/Subtropical Fronts in the Atlantic and of the Subtropical Front in the Pacific and cooling to the south of those fronts. The subsurface temperature trend, again from both observation and model, reveals an asymmetric pattern between the Atlantic and Pacific: subsurface warming is dominant over the whole ACC region in the Atlantic, while both warming and cooling are significant in the Pacific, the former located to the north of the Subantarctic Front and the latter to the south. The model reveals that the ACC has generally shifted poleward in the Atlantic, while it has shifted equatorward around Subantarctic Front and Polar Front in the Pacific. The ACC shift is consistent with the overall subsurface temperature trend. The basin-scale difference of the ACC response can be related to the different regime of the trend in meridional gradient of the zonal wind stress to the north and south of 50–55°S and suggests a coupling of the ACC and overlying westerly on the multi-decadal time scale