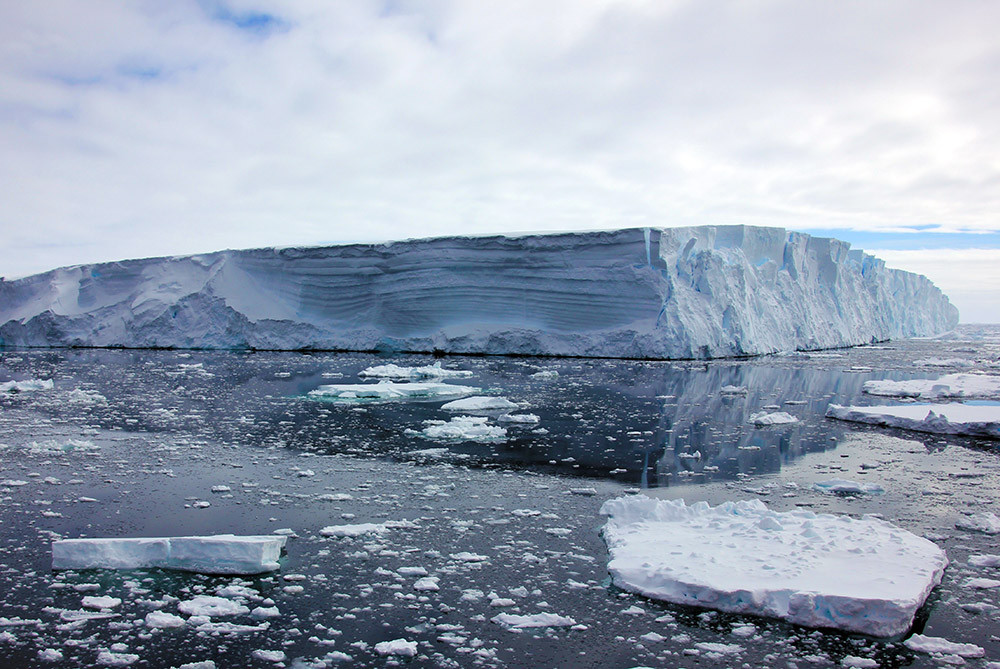 The first Cenozoic ice sheets initiated in Antarctica from the Gamburtsev Subglacial Mountains and other highlands as a result of rapid global cooling ~34 million years ago. In the subsequent 20 million years, at a time of declining atmospheric carbon dioxide concentrations and an evolving Antarctic circumpolar current, sedimentary sequence interpretation and numerical modelling suggest that cyclical periods of ice-sheet expansion to the continental margin, followed by retreat to the subglacial highlands, occurred up to thirty times. These fluctuations were paced by orbital changes and were a major influence on global sea levels. Ice-sheet models show that the nature of such oscillations is critically dependent on the pattern and extent of Antarctic topographic lowlands. Here we show that the basal topography of the Aurora Subglacial Basin of East Antarctica, at present overlain by 2–4.5 km of ice, is characterized by a series of well-defined topographic channels within a mountain block landscape. The identification of this fjord landscape, based on new data from ice-penetrating radar, provides an improved understanding of the topography of the Aurora Subglacial Basin and its surroundings, and reveals a complex surface sculpted by a succession of ice-sheet configurations substantially different from today’s. At different stages during its fluctuations, the edge of the East Antarctic Ice Sheet lay pinned along the margins of the Aurora Subglacial Basin, the upland boundaries of which are currently above sea level and the deepest parts of which are more than 1 km below sea level. Although the timing of the channel incision remains uncertain, our results suggest that the fjord landscape was carved by at least two iceflow regimes of different scales and directions, each of which would have over-deepened existing topographic depressions, reversing valley floor slopes.