The goals of ACE CRC Project R2.1 are to measure the uptake of atmospheric carbon dioxide in the Southern Ocean and to quantify the physical, chemical, and biological processes that control this absorption, in order to improve predictions for future change.

The world’s oceans have a remarkable capacity to absorb carbon dioxide. About one third of the carbon dioxide released by human activities has been absorbed in the ocean, with the Southern Ocean playing the most important role of any ocean and accounting for ~40% of the total.

By absorbing large quantities of carbon dioxide the ocean slows the rate of climate change. Some recent studies have suggested that it is becoming less efficient in providing this service, but whether this represents a trend or variability is unknown.  Thus one of the most important questions facing climate science today is whether or not the Southern Ocean will continue to absorb carbon dioxide at its current rate.

The key goals of Carbon Uptake and Chemical Change project are to measure the uptake of atmospheric carbon dioxide in the Southern Ocean and to quantify the physical, chemical, and biological processes that control this absorption, in order to improve predictions for future change.

The emphasis is on the interaction of major modes of climate change (changes in winds, the deep ocean circulation, and the extent of sea and land ice cover) with CO2 uptake, with the progress of accompanying ocean acidification, and with the supply and bio-availability of iron to control primary production (including in the context of deliberate iron additions to promote CO2 uptake or fisheries enhancement).

A complex interplay of physical, chemical, and biological processes controls the ocean’s uptake of carbon dioxide, and observational advances in all these areas and their synthesis into a whole of system perspective is needed. Part of the complexity comes from chemical changes in the ocean that accompany carbon dioxide uptake and climate change.

The absorption of CO2 acidifies the ocean, which reduces CO2 solubility. The acidification also impacts marine ecosystems, especially smaller organisms at the base of the food-web, which in turn control primary productivity and thus the conversion of CO2 into organic matter. Additional chemical changes come from changing ocean circulation, which affects the amount of atmospheric oxygen that is transferred to the deep ocean to support benthic ecosystems, and the amount of the essential trace nutrient iron that is supplied to Southern Ocean surface waters where it controls primary productivity and thus ecosystem health. Additional changes in iron supply are also mediated by processes on land, via the effects of climate change and land use on the amounts of iron delivered to the sea by shelf sediments and wind-blown dust.

The overall goal of Project R2.1 is to understand the evolving Southern Ocean carbon dioxide and oxygen uptake, acidification, and iron supply. It will determine the interplay of natural and anthropogenic factors that mediate regional and temporal variability in these changes, as a base for understanding biological responses.

Project R2.1 directly addresses the Australian Government’s Strategic Research Priorities under Living in a Changing Environment which calls for research identifying “the level of environmental change human and natural systems can tolerate before fundamental ecological processes are irreversibly changed”.  This need applies to all nations worldwide, and the ACE CRC’s Project R2.1 work plays a lead role in Australian international research collaborations into the links between climate change, ocean circulation, biogeochemistry, and primary productivity.  This includes generation of strategic basic knowledge that can be used in the assessment of proposals for altering ocean ecosystems, such as via deliberate additions of substances (e.g iron, other nutrients, or alkaline materials) to promote CO2 uptake and/or primary production.

The Southern Ocean takes up more atmospheric CO2 than any other latitude band. The pathways of CO2 uptake are complex, involving both the lower limb of the meridional overturning circulation that is influenced by ocean interactions with the cryosphere (modulating the formation of Antarctic Bottom Water) and the upper limb that involves processes in the Subantarctic Zone, including interactions with changing boundary currents such as the East Australian Current.  These pathways are further modulated by biological processes that transform CO2 into organic matter (via photosynthesis) and allow this carbon to reach the deep sea in sinking particles rather than via the circulation. None of these pathways are well quantified, and their relative importance varies with the timescales of interest, with the upper limb dominant on the decadal scale, the lower limb dominant on centennial to millennial scales, and the biological pump dominant on longer timescales. Recent ACE CRC results show strong regional variability in the progress of CO2 uptake and ocean acidification, owing to variations in background biogeochemical conditions, but our understanding is not yet at a level to allow regionally specific forward projections. Sustained observations via the Southern Ocean Time Series moorings and shipboard  hydrographic sections, complimented by biogechemical process studies, will improve this  situation. This work will feed directly into major international programs such as OceanSITES and SOCAT.

Changing Iron Supply and Bio-availability
Changing iron supply is the least understood forcing on ocean ecosystems.  Recent international advances in chemical oceanographic techniques for trace elements now allow the measurement of iron associated with different phases (dissolved and particulate), internal biological recycling and iron export from surface waters. The dominant new iron fluxes may be associated with the particulate phase, and particles thus represent an important transport vector for trace metals in the marine ecosystem, although their bioavailability or transfer into a bioavailable fraction remains uncertain. Surveys of iron distributions and process studies of iron transformations are needed to advance understanding of the potential for significant changes in primary production, and thus impacts on foodwebs and carbon cycling. Improvement of this situation is a key focus for Project R2.1, especially via the SR3, SOTS and Kerguelen-Heard region field projects.

Project R2.1 will include the observations and syntheses of the sources, sinks and internal cycling of iron (and fingerprint trace metals) as the controlling element of Southern Ocean productivity in contrasting studies subjected to varying degrees of natural iron fertilisation. The project will develop innovative technologies to quantify the flux of trace elements into the surface ocean from a diverse range of sources, and the response of these processes to climate variability and change. This work will feed directly into major international programs such GEOTRACES and SOLAS.

• Totten ocean-ice interactions and their influence on uptake of carbon and nutrients into shelf and bottom waters via the lower limb of the overturning circulation. This voyage was completed in early 2015, in collaboration with project R1.1.

• Southern Ocean Time Series automated observations to close annual budgets for carbon, oxygen, nutrients and iron in the upper limb of the overturning circulation, understand modes of interannual variability, and to advance the understanding of the Subantarctic Zone as the dominant location of glacial-interglacial climate change. Voyages to the SOTS moorings are carried out annually.

• SR3 repeat section to quantify the coupling of heat, gas, nutrient and trace element transports, as an essential tool for determining how the climate system works and how Southern Ocean circulation responds to changing forcings. The next occupation of SR3 is planned for the 2016/17 season, and is led by project R1.1.

• Kerguelen axis studies of controls on ecosystem structures, especially the influences of sea-ice and natural iron fertilisation on ecosystem productivity and foodwebs. Fieldwork for this effect is under development and led by project R2.3. 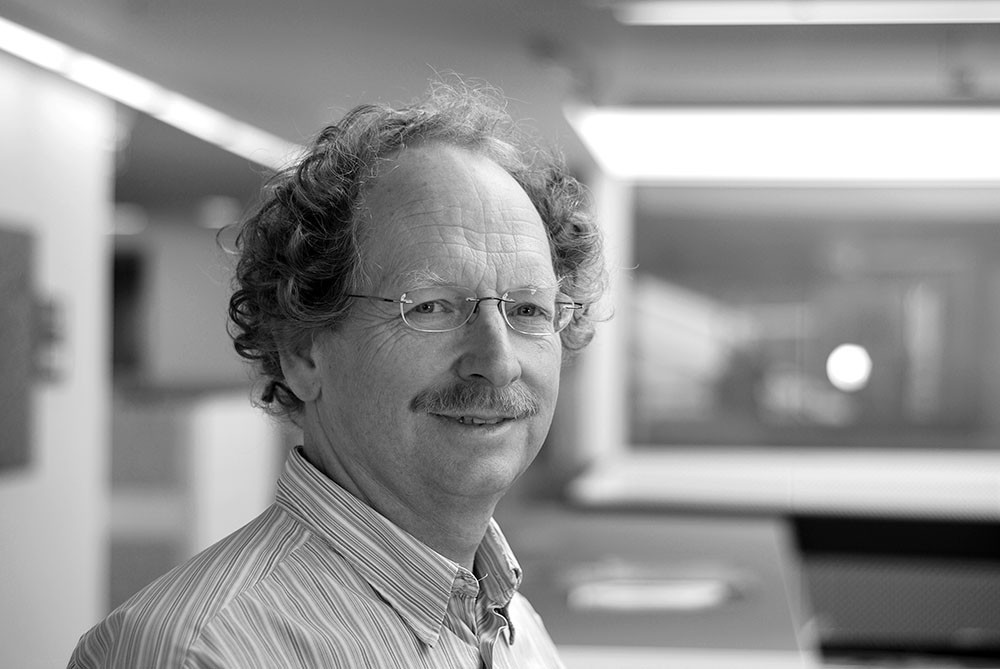 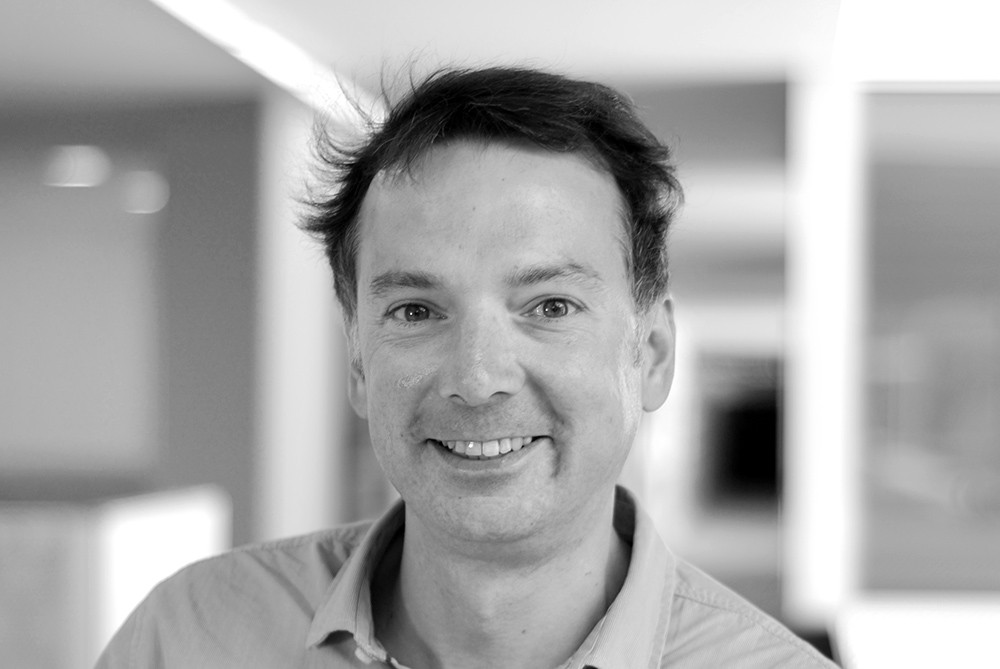 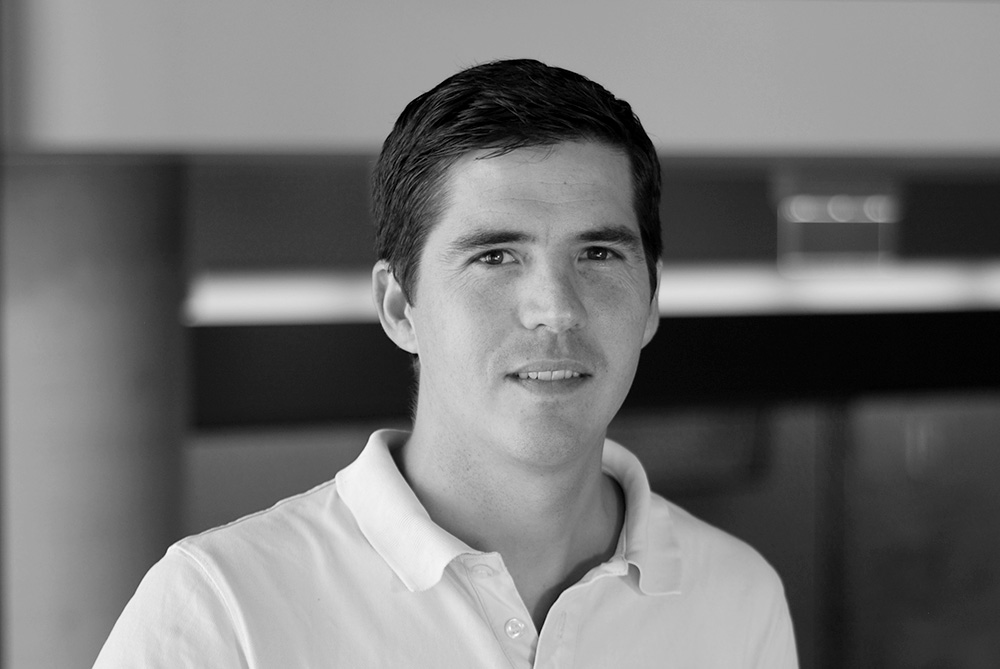 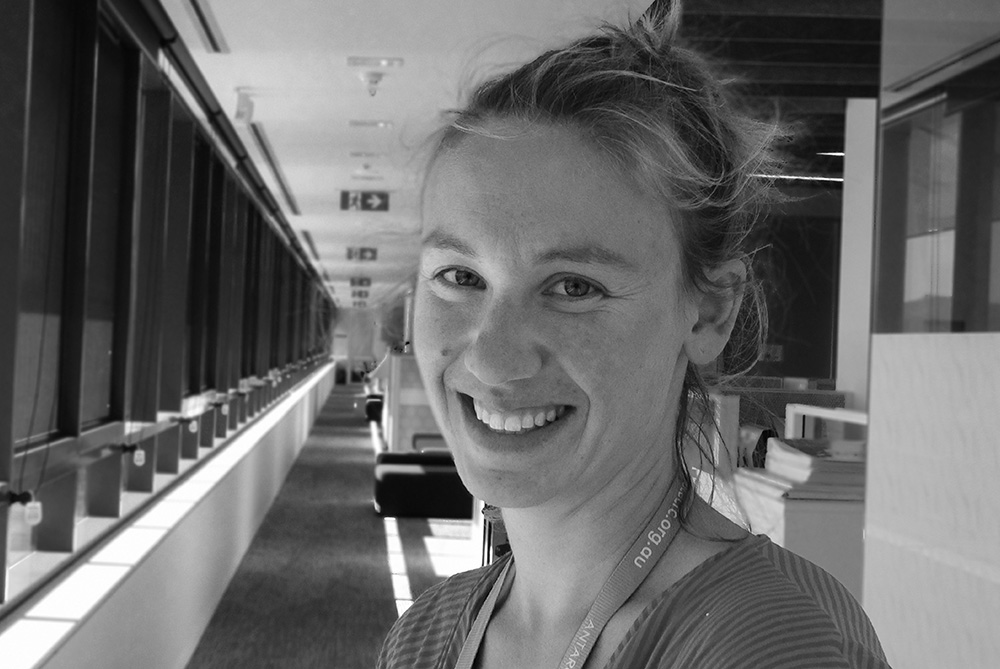 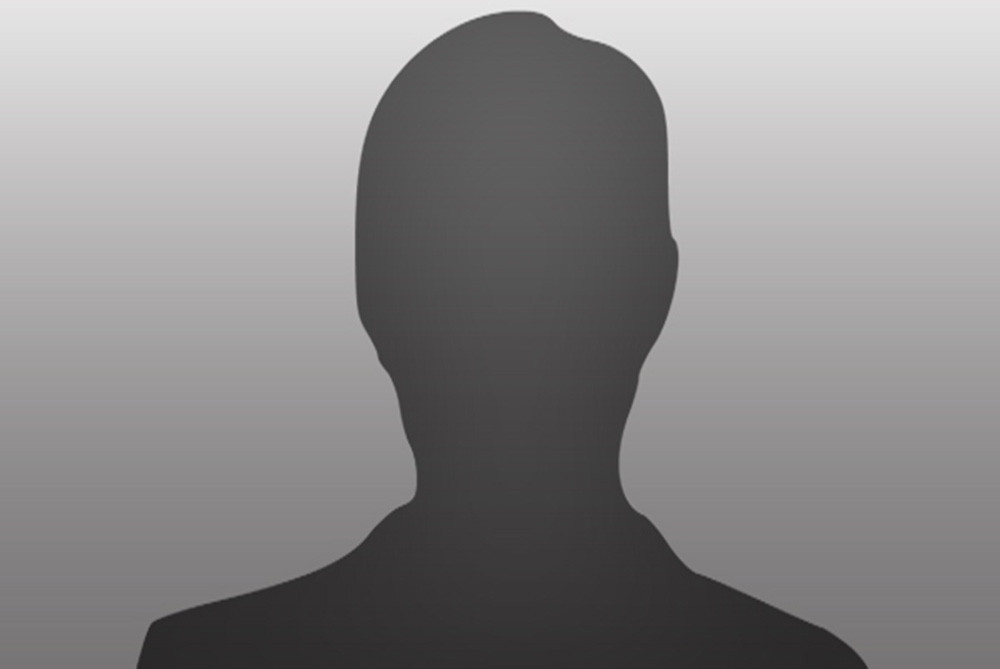 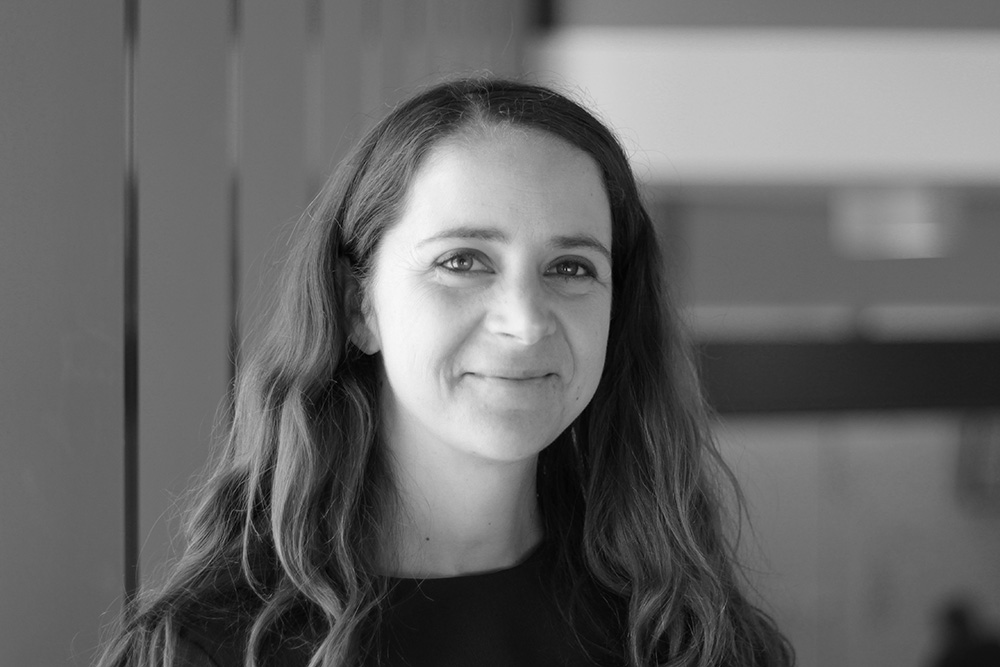 The University of Paris, Brussels Free University, European Institute for the Sea (Brest), and Laboratory for Environmental Geochemistry and Spatial Studies (Toulouse) all collaborate on studies of natural iron fertilisation and carbon cycle responses 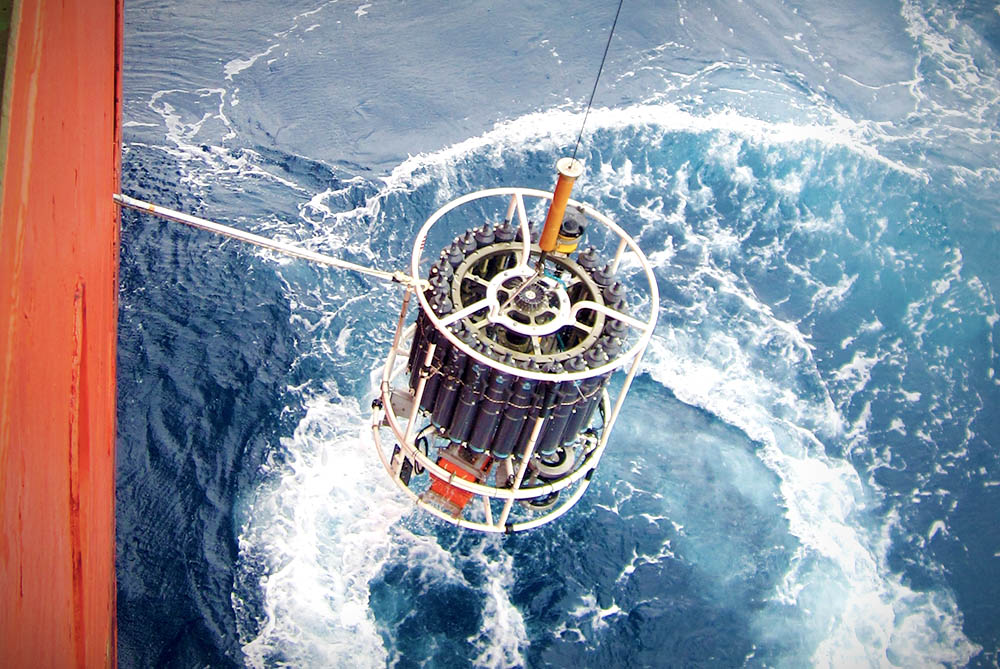