The Project R1.3 team is working to understand of forces behind the seasonal growth and retreat of East Antarctic sea ice - a fundamental climate process responsible for driving global ocean circulation.

The annual growth and retreat cycle of sea ice around Antarctica represents one of the biggest seasonal changes on Earth, and has immense importance to the global climate system.  As sea ice forms, it produces a vast quantity of current of cold, dense and salty water that that flows away from the Antarctic continental shelf and circulates throughout the world’s oceans. Known as the global overturning circulation, this process plays a central role in regulating the temperature of the Earth’s oceans and atmosphere.

Sea ice is also crucially important to a myriad of organisms, ranging from miniscule micro-organisms through krill, fish and penguins to great whales, which are adapted and intimately attuned to its presence and seasonal cycle.

Despite its importance to the global climate system and ocean food web, there remain significant gaps in our knowledge of Antarctic sea ice processes. Relatively little is known about how Antarctic sea ice will be affected as weather patterns change and as the Southern Ocean becomes warmer, fresher and more acidic.

The ACE CRC is targeting these knowledge gaps through the work of the Sea Ice Processes and Change project. With an emphasis on the East Antarctic sea ice region, the project team is working to advance our knowledge of Antarctic sea ice processes to improve the accuracy of existing forecasting models.  As part of this work, the Sea Ice Processes and Change team are also working towards development of an improved Australian capability in ice analysis and forecasting in support of marine operations in the Southern Ocean.

A 2014 Senate Inquiry Report on “Australia’s Future Activities and Responsibilities in the Southern Ocean and Antarctic Waters” identified sea ice research as a key marine science priority, with Australian-led experiments demonstrating “the value of bringing large international teams of researchers together to undertake complex projects that address key global issues”.

Sea ice is not only a highly-sensitive indicator but also an important modulator of climate change and variability.  This is by virtue of its intimate association and coupling with patterns of atmospheric and oceanic circulation and temperature. Given these factors, any significant change in Antarctic sea ice coverage and properties has potentially wide-ranging ramifications.  Scientists have in fact observed complex changes in patterns of sea ice coverage around Antarctica over recent decades.  While satellite measurements show that annual maximum Antarctic sea-ice extent has expanded slightly since 1979 (in stark contrast to the spiralling sea ice decline that is occurring in the Arctic), this overall expansion is made up of large regional contrasts in both sea ice extent and seasonality (the annual timings of sea ice advance and retreat and resultant duration of coverage), as well as substantial variability.  In the west Antarctic Peninsula region, maximum annual sea ice extent has reduced and the length of the sea ice “season” has also shortened, while in the Ross Sea region of the Antarctic, both sea ice extent and duration of coverage have increased.  By comparison, the pattern of change across the East Antarctic sea ice zone since 1979 comprises a complex mix of negative and positive trends in juxtaposition.

Far less well known is Antarctic sea ice thickness and volume, and whether this is changing relative to areal extent.  This is a critical current unknown, given that ice volume is not only a sensitive indicator of climate change/variability but also a measure of total ice production and hence surface salinity flux in winter, freshwater input to the ocean in summer and total heat loss to the atmosphere.

Research towards improved understanding of the current state of Antarctic sea ice (including its thickness/volume) and the complex ice-ocean-atmosphere interaction processes responsible for driving observed patterns of change and variability is a high priority – yet represents a considerable challenge.  A variety of factors in addition to temperature play a role in determining sea ice formation and development, properties, distribution and melt in the highly-dynamic Southern Ocean environment.  These include the complex interplay of winds, ocean currents and waves, snowfall and ocean-surface salinity levels, over a range of temporal and spatial scales.

Such research is crucial to improving our ability to more accurately simulate current sea ice distribution and properties using models, and to reduce uncertainty in model predictions of future sea ice state and coverage.  Also important is the need to better understand the role of sea ice change/variability in modulating climate processes, and teleconnections to lower-latitude weather and climate.

Work previously carried out by the ACE CRC has identified complex patterns of significant change and variability in sea ice seasonality across East Antarctica since 1979. Current research is focused on drawing together expertise from the sea ice and atmosphere groups and from national and international collaborators/partners to address attribution of change and variability in patterns of East Antarctic sea ice seasonality, and to better understand the complex near-coastal environment and quantify the ice thickness characteristics.

Methodology
Project R1.3 will identify and quantify the physical mechanisms responsible for the observed regional and circumpolar patterns of sea ice distribution, production and volume and their change with time. This will draw together expertise from the ACE CRC Sea Ice and Atmosphere groups and from national and international collaborators/partners. The results will enable improved assessment of the impact of sea ice change on climate, ocean circulation, biological productivity and the carbon cycle.

Project R1.3 comprises a series of linked and integrated “work packages” that aim to provide:

• New methodologies for integrating state-of-the-art autonomous underwater and airborne technologies (AUV and UAV) towards improved characterisation of key elements of the Antarctic sea ice zone (e.g., the marginal ice zone, inner pack and the coastal zone) and the processes therein.

•  The first circumpolar quantification of change/variability in Antarctic landfast sea ice (fast ice) extent and its patterns of seasonal formation and decay, and characterisation of its coupling with polynyas, ocean-ice shelf processes and the ice sheet margin, linked with in situ characterization of fast ice physical and biological properties and processes. Fast ice is stationary sea ice that is found in a narrow band tens to several hundreds of kilometres wide and adjoining the ice sheet, where it occurs in sheltered embayments and/or attached to grounded icebergs and coastal promontories. By comparison, the much-larger pack-ice zone is in constant motion under the influence of winds and ocean currents.  The in situ measurement campaign will focus on acquisition of new, and compilation of historical, data at Australian and New Zealand Antarctic bases i.e., at remote sites with different environmental conditions. This will involve use of sophisticated remotely-operated vehicle technology to examine under-ice properties and autonomous instrument packages. This sub-project represents a contribution towards AAS/AAD project 4298 led ACE CRC scientists in collaboration with New Zealand colleagues.  The overall objective of the project 4298 is to expand the measurement capability for, and multi-disciplinary observational record and understanding of, Antarctic fast ice characteristics and processes, to assess impacts of climate change on physical and biological elements of the coastal sea ice zone.  The first component took place with a visit by Dr Meiners to Scott Base in November-December 2014, with future fieldwork planned at an Australian base in late 2015 or 2016.  This sub-project is closely linked to project R1.2 and makes a key contribution to project R2.2 and the Antarctic Fast Ice Network (AFIN) programme (http://seaice.wwwace.aappartnership.org.au/afin/). AFIN is an ongoing programme (led by Dr Heil) aimed at encouraging international cooperation and standardisation in fast-ice measurements around the continent (in concert with automatic weather stations and autonomous instrument packages).

•  Significant work towards attribution of change and variability in patterns of East Antarctic sea ice seasonality (with cross-ACE CRC, Australian and international collaborators, including the ACE CRC Atmosphere Group). This represents key work towards AAS/AAD project 4116 involving ACE CRC researchers. A major component of this work will be to conduct circumpolar modelling experiments, with high resolution in areas of interest, to examine key contributing factors and elements. These will include sea-ice growth and associated water mass transformation in coastal polynyas, incorporating interaction with fast ice, icebergs and ice shelves to assess the future of dense shelf water formation, the role of sea ice in ocean-ice shelf interaction processes, and the fate of basal meltwater from ice shelves as it potentially affects sea ice growth.  This sub-project is closely linked to R1.2 and R1.1.

• A first estimate of East Antarctic sea ice volume at maximum extent, and its recent variability. This will involve joint analysis of in situ, airborne and satellite, model re-analysis and other atmospheric and oceanic data, and an assessment of the contribution of sea ice dynamics and deformation (within AAS/AAD project [4301] involving CRC scientists). The sub-project will test a new approach towards gaining proxy large-scale information on regional sea-ice thickness, based on its possible relationship with satellite-derived ice-surface roughness and including accurate in situ and aerial observations.

• High-resolution, 3D floe-scale maps of sea ice properties and draft from autonomous underwater vehicle (AUV) data and coincident surface measurements, for both the 2012 SIPEX II cruise in East Antarctica and future research cruises. This will provide important new information on the nature of under-ice morphology and properties and the floe-scale thickness distribution of sea ice and its snow cover from an area of the inner pack ice zone.

• Maps of regional-scale sea ice surface roughness and freeboard (from RAPPLS aerial data), as a significant contribution to the calibration and validation of Antarctic sea-ice thickness estimates from the ESA CryoSat-2 mission. 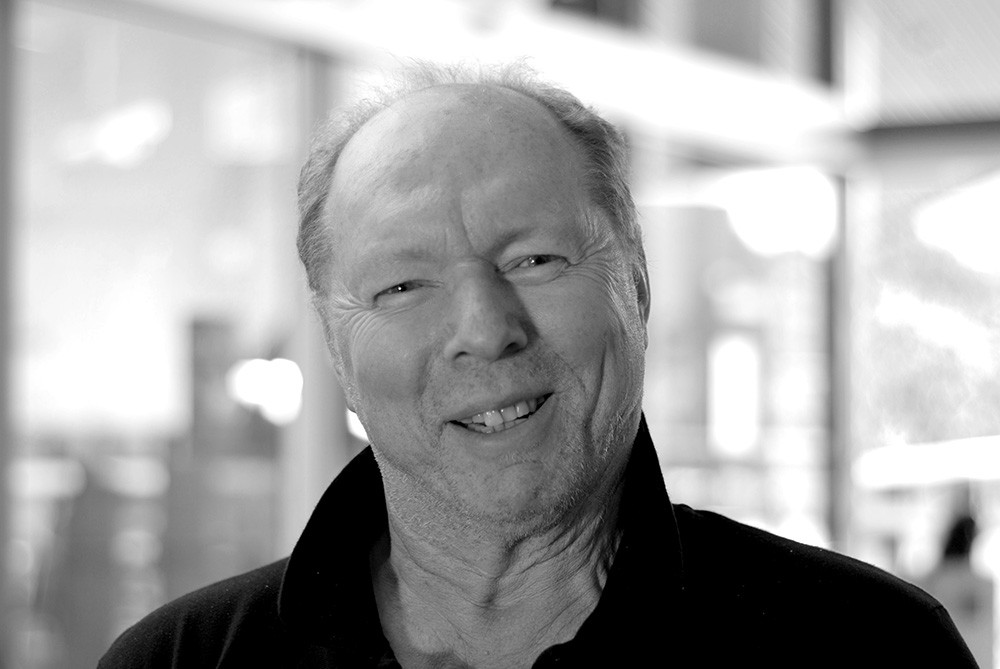 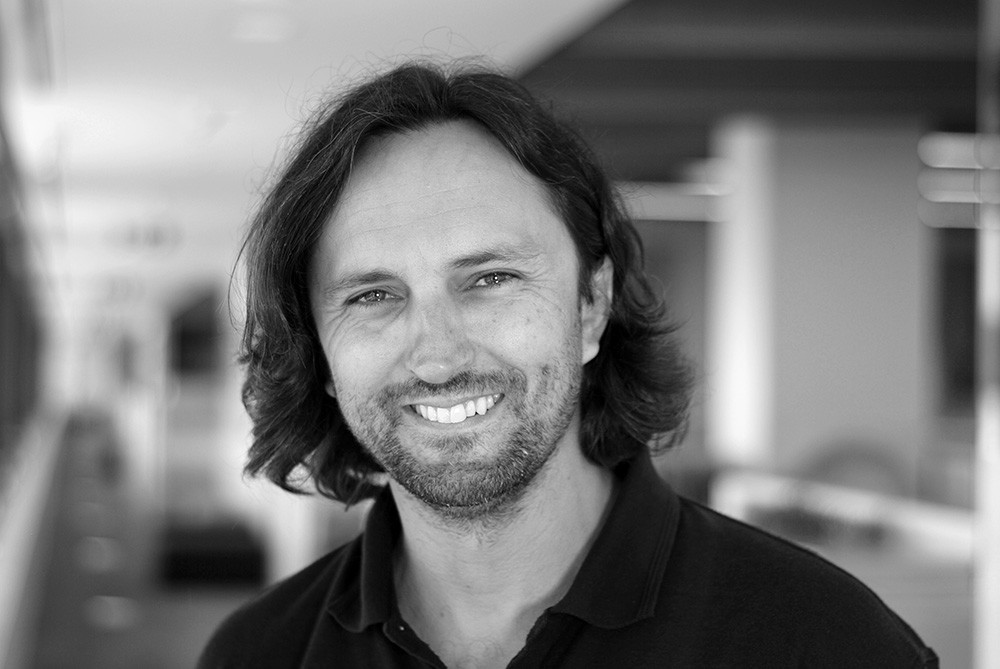 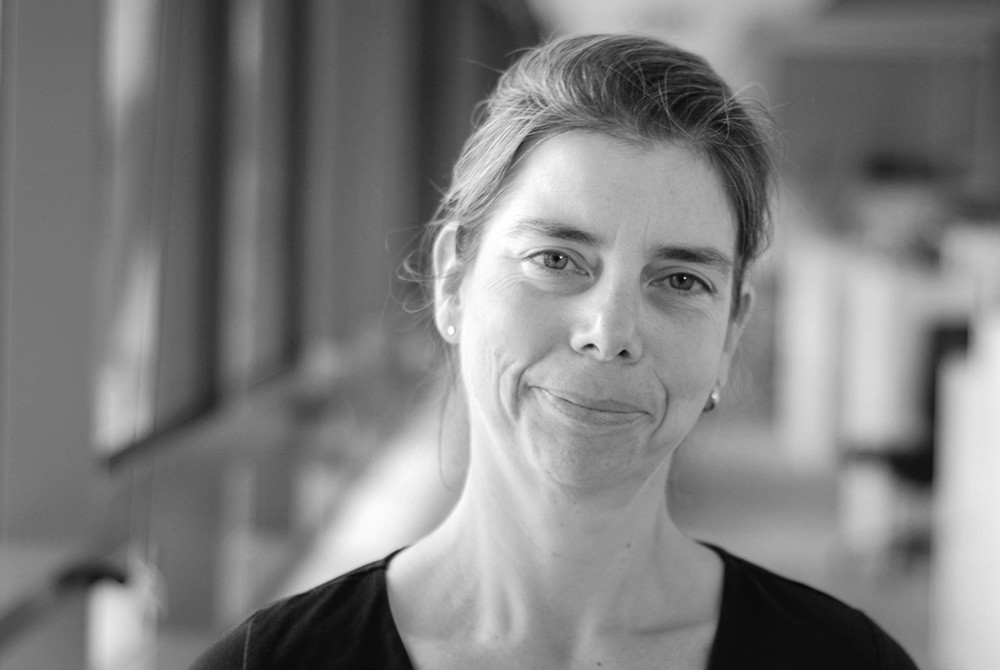 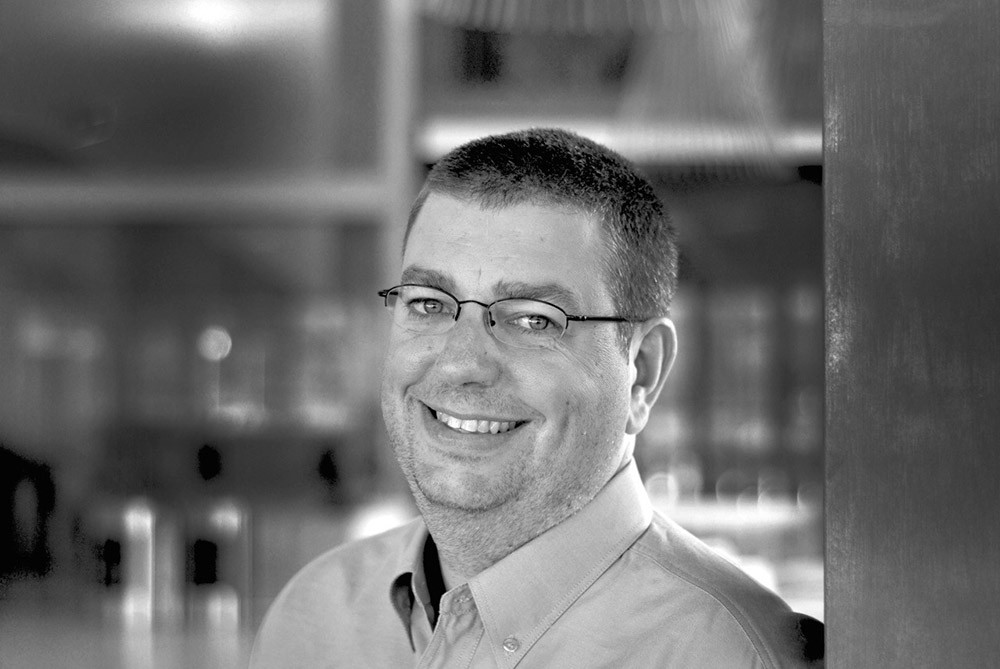 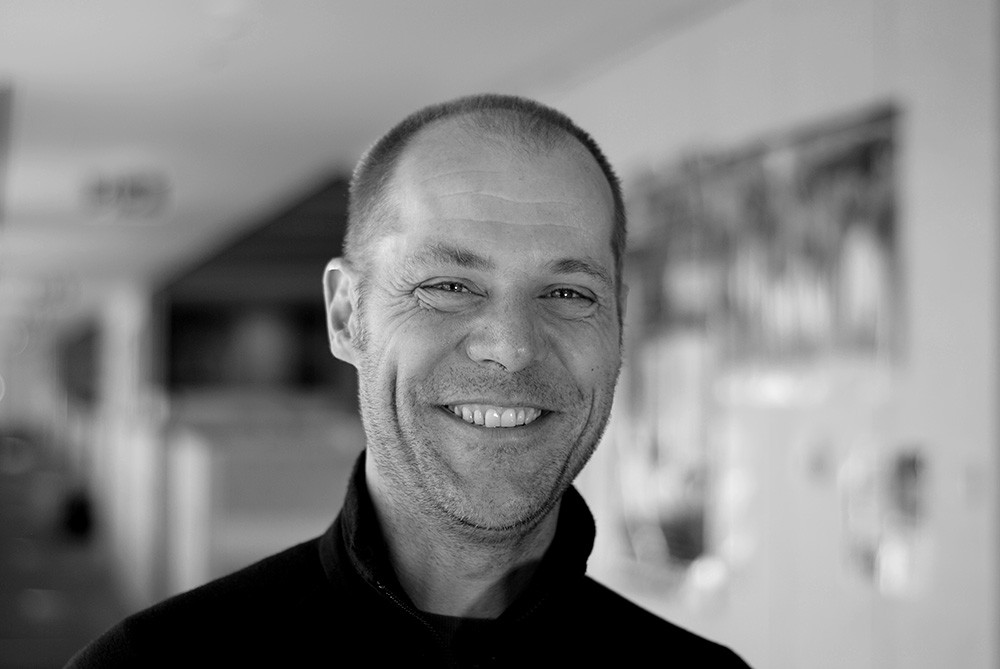 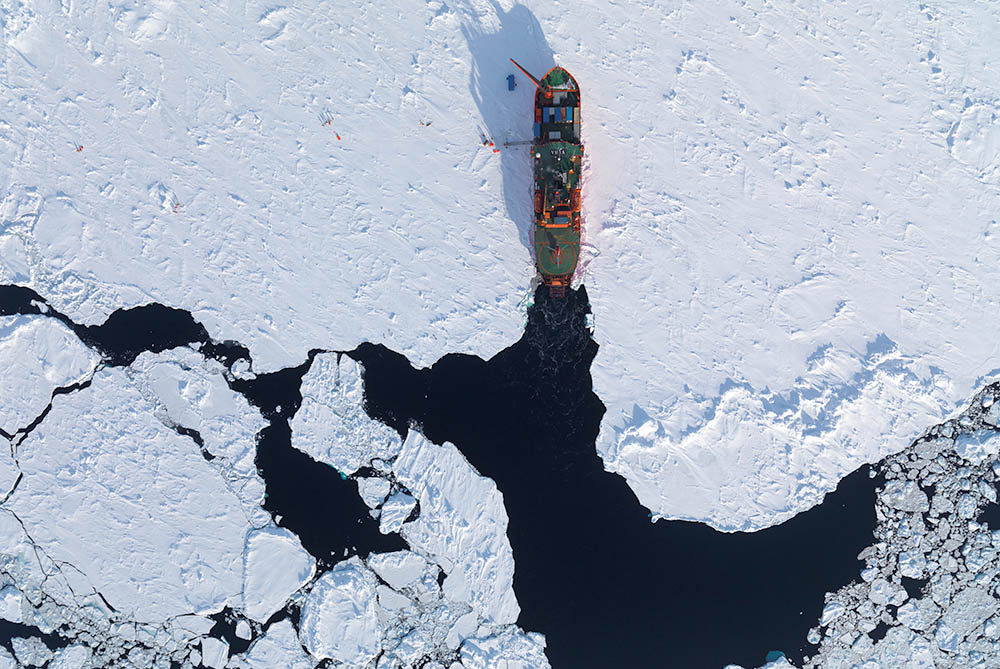 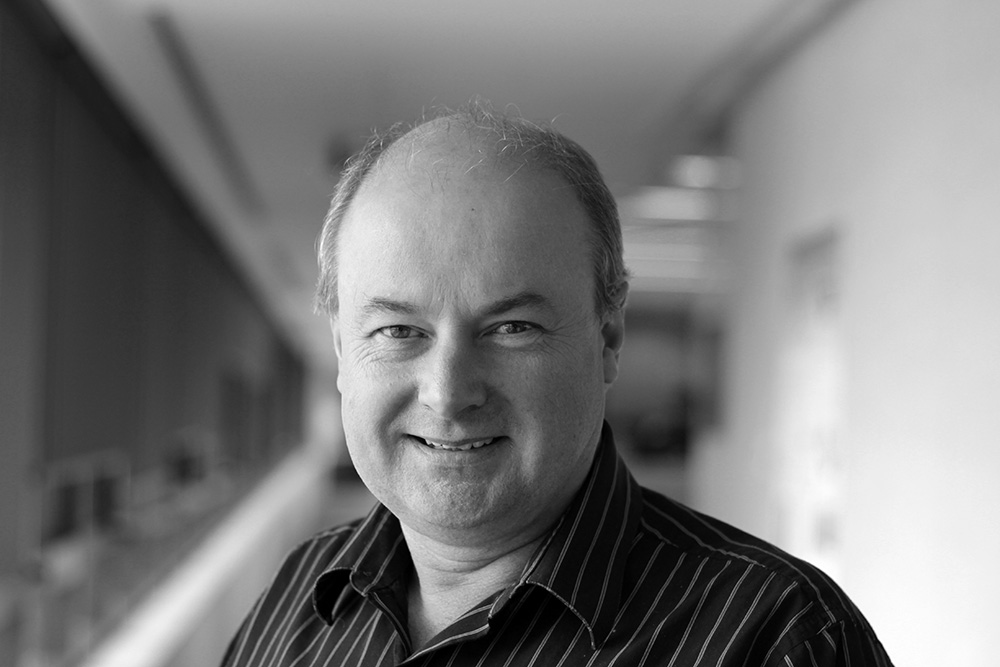